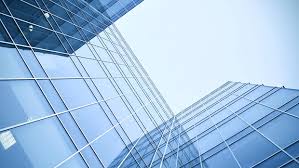 Are better empowered shareholders egging companies on to return too much capital for our collective good? It’s a popular theory right now, but is this actually reason to rethink improvements in shareholder rights?

The theory goes that (activist) shareholders are taking advantage of better shareholder rights to cajole boards into returning ever more money through buy-backs and dividends; money which should instead be re-invested by the companies on strategic long term growth (capital investment, R&D, etc.) for better future returns not only at a company level but also a (wider) macro one. This also serves executives who won’t be around to be remunerated by genuinely long term upside, but do get to gain from higher shareholder returns on their watch.

Underpinning the debate there may be assumptions which are far from secure.

Firstly, the question of who (publicly listed) companies serve. Do they serve the shareholders? Not solely – there are other stakeholders too, not least customers and employees, but to an extent, the communities in which they operate. That extent is important, but also a highly subjective judgment. Just because there may be a cultural or economic case for improving input from other stakeholders, it doesn’t automatically follow that shareholder rights should be reigned in.

The extent to which a company is a “public utility” is an important determinant in the regulatory environment (compare the retail energy sector with business software for example). But does or should that utilitarian theme go as far as holding companies accountable for their effect on wider economy as a whole? The retail sector is affected in very different ways by macro economic factors than pharmaceuticals or construction – yet few could argue against the observation that the financial services sector continues to cast a dark shadow over our global economy nearly 10 years after the crash. But publicly listed companies potentially play a dual public role – as economic actors as well as investment opportunities. How relevant (or fair) is it for society (as opposed to shareholders) to hold them accountable for one whilst seeking to benefit from the other?

Another assumption relates to what is meant by “long term”. It is often referred to by reference to absolute measures (i.e. years) rather than business cycles which are a much more pragmatic – and company specific (therefore realistic) – measure.Critics have understandably questioned the wisdom of quarterly corporate reporting, as well as investment mandates with short term time horizons which thereby create pressure on the part of the fund managers to continually deliver returns on a short term basis.

These are but three of a wide range of potential variables over which investment managers may legitimately take competing and different views and perspectives, as a function of the mandates they work to. Asset owners, in turn, demand a variety of investment mandate options as a necessary part of diversified asset allocation. What this means for issuers is that they are faced with a bewildering range of investors and asset managers who between them present a highly diverse set of expectations across a wide spectrum which encompasses both long and short term perspective. Short term perspective cannot be eradicated (far from it – it is plausibly the best perspective on occasion). But as is so often the case, everything in moderation, each to their own: diversity (including “short termism” breeds a healthy economy.

In other words, there’s always space for an “Icahn”, which we have to accept brings risks in terms of a short term impetus on occasion. But for every Icahn there’ll be a long term investor who needs broad shareholder rights to maximise the impact of a well thought out long term investment strategy that relies on constructive, long term engagement with a company. Indeed, companies with good relations with long term shareholders with a wide range of shareholder rights at their disposal are much better placed to defend themselves from a hostile situation to begin with.

Ultimately what this means is that whilst concerns about short termism may feel very real, taking corrective regulatory action to mitigate them is very much a case of “be careful what you wish for”, as the case of the French Loi Florange may well yet serve to illustrate.

This article first appeared on Manifest’s web site as a blog posting.

Sarah Wilson is the CEO of Manifest Information Services.