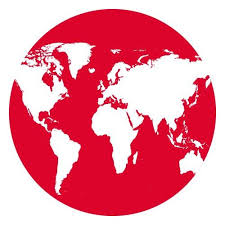 The International Corporate Governance Network (ICGN) has voted to implement a sliding fee scale for ‘for profit’ membership depending on the size of an applicant’s organisation.

The move was proposed to help it offset “highly volatile” income from conferences.

Currently, investors pay an annual subscription based on a sliding scale according to their assets under management and they receive a number of memberships accordingly.

But ‘for-profit’ members pay a standardised membership fee, not based on a sliding scale and at the same level as the lowest investor band.

The ICGN, with investor members worth a combined $26trn, voted at its annual meeting last week, by 78 to nine, in favour of creating a “for-profit” membership category which would charge a scaled fee, depending on the relative size of the organization involved.

At the event, held in San Francisco, the ICGN also hinted at future work. Executive Director Kerrie Waring revealed that succession planning was one of the many topics on their radar, but reassured attendees that she was not planning to step down from her position any time soon.

Waring’s predecessor, Carl Rosén, the former Head of Corporate Governance and Communications at Sweden’s AP2, left the ICGN to become CEO at the Swedish Shareholders´Association (Aktiespararna) in 2012. He is now at the Swedish Ministry of Industry as Director General, Head of Department, State Ownership and Innovation.

The ICGN also unveiled its Global Stewardship Principles, intended to provide a basis of good practice for investor stewardship that covers company monitoring, engagement and voting, along with practical advice for dealing with stewardship codes and policies.

George Dallas, the former Director of Corporate Governance at F&C Investments who is now the ICGN’s Policy Director, told RI that the organization had apreliminary meeting about the formation of a global network of stewardship code developers, attended by around 10 representatives from exchanges and countries which already had an established stewardship code in place, such as Japan, Thailand or Brazil.

The network is still very much in its infancy, though everyone involved has said that there is a clear gap for someone to develop a clear frame of reference for the world’s varying stewardship codes, Dallas said.

He added: “We’ve had expressions of interest from about a dozen developers. There’s a broad sense that this is something we’re going to move forward on, though the details are yet to take shape. The current plan is to create a development framework for how this network may operate over the summer, before having another meeting at our December conference with more stewardship code developers.”

Dallas also pointed out that such a network would hopefully dovetail with the ICGN Global Stewardship Principles and, once common ground could be found, he felt that the effort “could be a very powerful and very useful forum” for investors.

Matthew Orsagh, Director of Capital Markets at the CFA Institute, has confirmed to RI that he expects the US to come up with a draft stewardship code by the end of 2016 after talking with an investor involved with the project.

As reported on Responsible Investor, attendees also heard from Mary Jo White, Chair of the Securities and Exchange Commission (SEC), about how the regulator is drafting board diversity disclosure rules for listed firms. She also outlined how the SEC will soon turn its attention to sustainability disclosures, effective engagement and how to improve financial reporting across the board.

Also at the event Claudia Kruse, Managing Director of Sustainability and Corporate Governance at APG, was newly appointed to the ICGN board of governors.