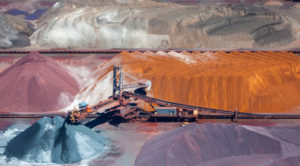 Minerals are critical to the operation of clean energy technology such wind turbines and electric vehicles, however the IEA estimated that supply from existing and planned mines will meet only half of projected lithium and cobalt demand, and 80% of copper needs by 2030.

In addition, the IEA said that rising mineral prices could have a significant effect on the overall costs of clean energy technologies resulting in “delayed or more expensive energy transitions”.

“Today’s supply and investment plans are geared to a world of more gradual, insufficient action on climate change. They are not ready to support accelerated energy transitions,” the IEA concluded.

The findings were presented in a special report billed as “the most comprehensive global study of this subject to date”. Commenting on its release, IEA chief Fatih Birol described a “looming mismatch between the world’s strengthened climate ambitions and the availability of critical minerals that are essential to realising those ambitions.

“Governments need to act now and act together to reduce the risks of price volatility and supply disruptions,” he said.

To improve the resiliency of mineral supply, the IEA recommended that governments enact “voluntary strategic stockpiles” of critical minerals to prepare for short-term supply disruptions, in addition to regular market assessments and stress tests.

The IEA also emphasised the importance of carrying out environmental and social impact assessments when selecting potential mineral mining projects. The body noted that, if left unmanaged, mineral development could cause large-scale environmental and social disasters as a result of toxic waste spills, child labour, loss of cultural heritage sites, water contamination and forced displacement of local communities.

While current emissions from producing minerals are relatively small, the report said, this is expected to increase in the future due to deteriorating ore quality which will require more energy-intensive mining and refining processes. However, the IEA said that rising emissions from minerals development is not expected to offset the climate advantages of clean energy technologies.

The report comes soon after Indonesia – the world’s biggest producer of nickel, a key component of electric vehicle batteries – stopped issuing permits for deep-sea disposal of mining waste. While favoured by miners for being cheaper than land-based disposal, environmentalists say that the practice is disastrous for marine life. In Papua New Guinea, the world’s most productive nickel plant is facing a billion-dollar lawsuit after locals alleged that deep-sea waste disposal had resulted in “the worst environmental disaster in Papua New Guinea history.”

Last year, the IEA issued its first  long-term climate scenario aligned with the Paris Agreement’s stretch target of limiting global warming to 1.5°C by 2050, after years of pressure from investors and other stakeholders. Prior to that, the IEA’s most ambitious decarbonisation pathway – known as the Sustainable Development Scenario (SDS) – would have achieved net zero emissions only by 2070 and limited global warming to 1.7°C.