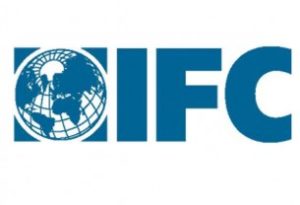 The International Finance Corporation (IFC) is planning a $500m green finance aggregation facility focused on India, to tap the institutional investor market.
IFC, a member of the World Bank Group, has been an active player in the green bond space, both as an investor and issuer. Its green bond issuance has totalled some $5.6bn to date and it also helps clients in emerging markets issue green bonds themselves.
Speaking to Responsible Investor, Vikram Widge, Head of Climate Finance & Policy at IFC, said as part of a focus on emerging markets it wants to look at a green asset-backed security, in a local currency.
“We have been engaging with institutional investors to understand what they need in the green finance space,” he said. “It’s no secret they need scale. Institutional investors are interested, but no-one will compromise yield relative to risk.”
Widge said the aim of its proposed warehouse facility was to aggregate, de-risk and securitise green investments in a product that investors could understand and place into a portfolio.
IFC, said Widge, has identified an opportunity for this in an Indian context. India has ambitious renewable energy targets: it wants to install 175GW of capacity by 2022, including 100GW of solar by 2017. 40 GW of this will be rooftop solar.
Widge added that other institutions had parallel drives around rooftop solar in India, including the World Bank (through the State Bank of India), KfW (through the India Renewable Energy Development Agency) and the Asian Development Bank (through Punjab National Bank).
IFC is currently in discussions with developers on designing a facility that allows it to access finance easily for each transaction, forgoing the need to fund raise each time there is a small order. Widge said this will ultimately make it easier to obtain financing and reduce transaction costs “The warehouse will pre-approve developers and use a standardised underwriting criteria,” he told RI. IFC is leading the platform launch in collaboration with developers and creditors.
He added that the standardisation of requirements for developers would enable pooling and aggregation for securitisation into local capital markets and help attract institutional investors.
Widge said the IFC hoped to develop a product for overseas investors in future. “There is ample demand to get that done,” he said.
The idea for the IFC’s aggregation facility is one of four ideas picked up by the India Innovation Lab for Green Finance, a public private finance initiative endorsed by the Indian government. “They’ve provided some of the analytical bandwidth for a market context study,” said Widge.
Widge said he expected the aggregation facility to require some kind of credit enhancement via either commercial sources or concessional money from donors.
As part of its pledge to mobilise private capital, IFC is also involved in the Catalytic Finance Initiative (CFI) – a group of investors committing $1bn each to sustainable projects, in order to generate $8bn of new investment. Widge said when ready, it would bring its aggregation product to the CFI, which includes Bank of America Merrill Lynch (its founder), HSBC and Mirova.
“We need more green products,” said Widge. “Someone has to generate deals for green bonds, structure aggregation and de-risking and provide green bond product to tap that demand. The strong demand out there is obvious. Our developing aggregation facility’s whole purpose and goal is to try and address that.”