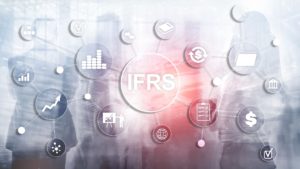 The International Financial Reporting Standards (IFRS) Foundation has today revealed that its much anticipated International Sustainability Standards Board (ISSB) will have a “multi-location presence”, with dedicated sites across all regions – the Americas, Asia-Oceania and EMEA.

The location of the newly launched ISSB was one of the most keenly awaited announcements from the US-based not-for-profit accounting standards body. RI reported earlier this year about the tug of war between states over which country should play host, with Germany, Japan, Switzerland, Canada and the UK each submitting formal bids to the IFRS.

While the ISSB will have a global footprint, the IFRS revealed that the “seat of the Board and office of the Chair” will be based in Frankfurt.  ISSB’s offices in Germany’s financial hub along with those in Montreal, Canada will be “responsible for key functions supporting the new Board and deeper co-operation with regional stakeholders”, the Delaware-based body added.

The IFRS also said that it will continue further discussions on proposals for offices from Beijing and Tokyo, as part of its Asia Oceania footprint.

ISSB’s work on developing a global standard for corporate disclosure around sustainability is now expected to start in early 2022. The Chair and Vice-Chair(s) of the initiative, however, have not yet been named – an IFRS spokesperson told RI that this will happen later this year. ISSB is also currently searching for new members for its proposed 14-strong board.

As part of the launch of the ISSB, it was also revealed that existing sustainability corporate reporting bodies the Climate Disclosure Standards Board (CDSB) and the Value Reporting Foundation (VRF) will be absorbed into the IFRS by June 2022.  UK-based CDSB is an initiative of environmental non-profit CDP and San Francisco-based VRF houses the Integrated Reporting Framework and the Sustainability Accounting Standards Board (SASB) standards.

In the press release, the IFRS also gave an indication of the type of standards the ISSB is likely to develop, stating that its corporate disclosure requirements will include those “that address companies’ impacts on sustainability matters relevant to assessing enterprise value and making investment decisions”.

This focus on enterprise value – the impact on a company’s valuation – contrasts with the approach being adopted in Europe, where rules are being developed to capture ‘double materiality’ – how business activities impact the environment and society as well as how corporate bottom lines could be hurt by sustainability issues.

Last month, Accountancy Europe wrote to the IFRS suggesting that the ISSB work to towards a standard that meets “the needs of broader stakeholders and apply a double materiality lens”.

Responding to the launch of the ISSB, Eric Hespenheide, Interim CEO of Global Reporting Initiative (GRI) said a narrower focus on disclosure of a “company’s financially material sustainability topics – while important from the context of helping markets to assess opportunities and risks – is not sufficient to deliver full transparency on sustainability impacts, as envisioned by the GRI Standards and embraced by the EU”.

He added that the standards body “stands ready to engage with the IFRS Foundation” on the issue.

In addition to the launch of the ISSB, the IFRS has also published “prototype” disclosure requirements – one on climate and the other on “general” sustainability disclosures – developed by the Technical Readiness Working Group (TRWG), which was established by the IFRS trustees in March to undertake preparatory work for the ISSB.

Bodies including the CDSB, the International Accounting Standards Board (IASB) and the Financial Stability Board’s Task Force on Climate-Related Financial Disclosures (TCFD) are represented on the TRWG. The group is also supported by the International Organization of Securities Commissions (IOSCO), which yesterday, separately, called on regulators to ramp up efforts on greenwashing.

In both “prototypes” from the TRWG there is a focus on the impact on enterprise value. For instance, in the General Requirements for Disclosure of Sustainability-related Financial Information Prototype the group states that “sustainability matters that do not affect the reporting entity’s enterprise value are outside the scope of general purpose financial reporting”.

Once the ISSB’s chair and vice chair(s) are in position, the IFRS said that work on the standard would begin, including a public consultation on proposals which would be “informed by recommendations from the TRWG”. That consultation is expected to take place next year.

The work of the ISSB will also be supported by a new Sustainability Consultative Committee, whose members, which will offer technical advice, will be include representatives from the International Monetary Fund, the Organisation for Economic Co-operation and Development, the United Nations, the World Bank and unnamed “additional expert members drawn from public, private and non-governmental organisations”.

IFRS’ trustees have also formed a working group to create a mechanism for “formal engagement on standard-setting between the ISSB and jurisdictional representatives, including from emerging markets”.