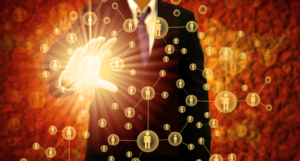 The search for members of the new global corporate sustainability reporting standards body, the International Sustainability Standards Board (ISSB), has now begun, with interviews slated to start next month.

The ISSB, which was launched by accounting standards body the IFRS Foundation in November, has been tasked with developing “a global baseline” disclosure regime for corporates which gives “investors transparent, high-quality, globally comparable sustainability information to inform their investment decisions”.

Last month, the IFRS Foundation’s trustees appointed the former CEO and Chair of Danone, Emmanuel Faber, as Chair of the ISSB, and yesterday it announced that it had begun the recruitment of up to 11 members to assist him in developing the reporting framework.

Among the personal characteristics that the IFRS is looking for in prospective members is pragmaticism, “being open-minded and willing to consider the art of the possible, rather than being overly dogmatic”.

With the launch of the ISSB in November, IFRS indicated that its new standard would focus on ‘enterprise value’, stating that its corporate disclosure requirements will include those “that address companies’ impacts on sustainability matters relevant to assessing enterprise value and making investment decisions”.

This approach – focusing on the impact on a company’s valuation – contrasts with the more progressive approach being adopted in Europe, where rules are being developed to capture ‘double materiality’ – how business activities impact the environment and society as well as how corporate bottom lines could be hurt by sustainability issues.

Late last year, RI reported that trade group Accountancy Europe and non-profit the Global Reporting Initiative (GRI) had called on the IFRS to include representatives from the EU’s accounting body EFRAG – which is leading the development of new EU corporate disclosure rules – in the ISSB.

In its call for members, the IFRS states that its planned disclosure requirement will be designed so it can be used by “jurisdictions on a standalone basis or incorporated into requirements to meet broader, multi-stakeholder or public policy needs”.

Echoing this use of ISSB’s eventual standard, the G7 Impact Taskforce, set up to promote impact-driven economies, last month called on governments to build upon ISSB standards to include any impacts on stakeholders that the baseline does not address.

The UK appears to be planning to do just that, revealing last year that the ISSB standards will form a key component of its new Sustainability Disclosure Requirements (SDR) but also making clear that “the SDR will go further” by requiring wider information on how firms impact the environment,” including by requiring disclosure against the UK’s Green Taxonomy.

IFRS also revealed yesterday that the ISSB’S vice chairs will be announced “shortly”. RI understands that Switzerland-based executive search firm Egon Zehnder is involved in the recruitment process of the vice chairs.

Members of the ISSB will be initially appointed for a term of up to five years, according to the document. Roles are full-time, although the IFRS adds that part-time members may be appointed. Successful candidates are expected to be based in one of the ISSB’s global offices.