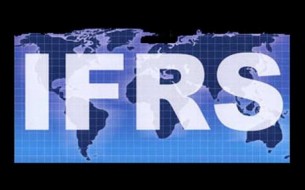 Barclays, the UK banking group, has not accounted for about £2bn of deferred bonuses to employees because of the way it reports its finances to shareholders, according to one of the UK’s largest institutional investor groups. The Local Authority Pension Fund Forum (LAPFF), whose 54 pension fund members run combined assets of £100bn (€116.7bn), said the bank’s financial accounting based on International Financial Reporting Standards (IFRS) lead to a “clear” accounting deficit that could fall foul of the “true and fair view” of finances required by UK GAAP accounting standards. LAPFF said the problem was one that affects the broad banking sector, but that Barclays had been the first bank in the UK to report its 2011 accounts to shareholders. Barclays is already under pressure from shareholders over the separate issue of executive remuneration ahead of its April 27th AGM in London. A number of large asset managers are reportedly planning to vote against pay levels including £17m for Bob Diamond, the bank’s Chief Executive. Shareholders are also unhappy at the controversial payment of a £5.7m tax bill by the bank to cover Diamond’s transfer from the US to the UK.
In its first quarterly report on investor stewardship LAPFF said it would be analysing all UK bank reports this year and expected other banks’ reporting deficiencies to be worse.The controversy over financial accounting has been rumbling away for several years, but became more acute when the financial crisis hit and the balance sheets of many large financial groups proved to be overvalued. Critics argue that financial groups reporting under IFRS standards, which are internationally recognised, may not meet the ‘true and fair value’ test required under domestic regulation, notably in the UK. They argue that IFRS is too backward looking and can lead to an overstatement of profits and net assets. International accounting setters such as IASB and FASB, the UK and US bodies, are working towards a more forward-looking expected loss or fair value accounting standard.
LAPFF said it was concerned that banks complying with IFRS could be breaching both UK and EU law. It said the issue was “heating up” at government level and that notes from the UK’s Financial Reporting Council as far back as 2005 suggest officials knew that IFRS-based accounts did not comply with UK law. The true and fair view accounting requirement under the UK Companies Act of 2006 requires prudent accounting for net assets to ensure a bank is capable of being a going concern, which critics say IFRS does not do. LAPFF said it would conduct a review of the major differences between “true and fair view” UK GAAP accounting standards and IFRS.