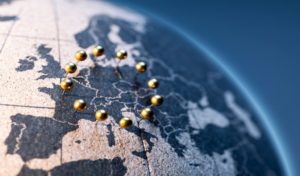 An initiative by the International Financial Reporting Standards (IFRS) Foundation to develop a global baseline standard for sustainability disclosures should include representatives from a parallel EU initiative to aid convergence, stakeholders say.

The global standards are being designed by the IFRS-governed International Sustainability Standards Board (ISSB) – a new body launched at COP26 – while EU accounting body the European Financial Advisory Group (EFRAG) is developing sustainability disclosure standards which will underpin the bloc’s new corporate disclosure regime.

However, there are concerns that the diverging approaches of both initiatives – the ISSB is focused on ‘enterprise value’ or the impact of sustainability factors on company valuations, while EFRAG is pursuing a broader ‘double materiality’ approach which will encompass the impacts of business activities on society and the environment – will lead to further fragmentation of reporting standards.

Earlier this year, trade group Accountancy Europe and non-profit the Global Reporting Initiative (GRI) called on the IFRS to appoint EFRAG representatives to a working group which preceded the ISSB to ensure “the highest possible degree of commonality” between the two initiatives, but this was not taken forward by the body.

Both bodies have now reiterated the need to include EFRAG representatives in the ISSB – ahead of the appointment of the Board’s Chair and Vice Chair, expected before the end of the year, and the subsequent appointment of the ISSB’s 14 members.

Speaking to RI, Accountancy Europe’s CEO, Olivier Boutellis-Taft, said: “Now that the ISSB has been set up, we encourage deeper and more structural cooperation with EFRAG. Both can only benefit from an enhanced partnership and formalising this helps but substance matters more than form. EFRAG has been advancing its technical work and its plan to include a wider range of stakeholders such as civil society would be highly valuable to the ISSB.”

“We consider close engagement between the IFRS Foundation and EFRAG essential to ensure any new disclosure requirements are aligned and contribute to improved reporting on impacts,” said GRI interim CEO, Eric Hespenheide. “Such close alignment also offers practical benefits for reporting organisations by reducing the chances of confusion.”

When contacted, an IFRS representative noted that while EFRAG has not been formally part of ISSB’s preparatory work, there had been “regular engagement” between the two bodies. In addition, the ISSB will include a planned “mechanism for formal engagement on standard-setting” with jurisdictional representatives including the EU, said the IFRS.

However, a source close to EFRAG said that it would “probably make little difference” whether or not the two organisations formally cooperate, adding: “The materiality difference between EFRAG and ISSB is so substantial that I can’t see how they can find common ground any time soon. That’s not something you hear very often – nearly everyone in the market acts as if this difference will just disappear magically.”

Separately, a report published by EFRAG this week summarised industry feedback to its proposed due process procedures, which set out the requirements EFRAG must undertake when setting EU sustainability reporting standards.

The proposals received 38 formal responses, which addressed matters including the need to develop a “clearly defined mission statement” for the project, and ensuring public access to working group meetings and technical documents.