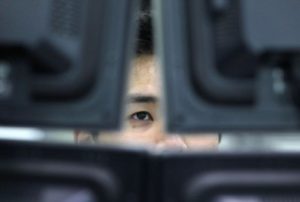 (Updates with UKSIF reaction)
Sell-side analysts at investment banks working on renewable energy and SRI research say they have been dealt a serious blow by the decision of Institutional Investor’s (II) All Europe Equity Research poll to drop the two sectors from its main voting categories. The II survey, along with that of Thomson Reuters Extel, is one of the two main ways that asset managers vote on the quality of the broker research they receive and, importantly, through which their research commissions are divvied up within the investment bank. The II poll, which collects its votes this month (September) is recognised as the main international survey outside Europe, and is particularly important for the research and sales management of non-European investment banks. One research broker told RI: “This is a really big blow for analysts working within global broker research divisions on renewables and SRI. Buy-side analysts can still vote for both areas, but only indirectly via the ‘strategy’ category or their local ‘country’ category.”

Analysts say the II poll is important to them in terms of their career path if their research is highly recommended. However, one said the SRI/ESG sector had not been well voted by the buy-side in the II poll, sometimes making it statistically unreliable: “That meant that some years you couldn’t use the result even if you had done well. II has in the past only allowed portfolio managers rather than investment analysts to vote, so that means that the ESG analysts are excluded.”Analysts said the II poll receives lower levels of overall buy-side voting than Thomson Reuters Extel because of the way it is structured. They said it would take a major publicity drive by II, brokers and trade bodies to explain why voting is necessary, especially on ESG issues, which are seen as far less important than research that leads to direct investment decisions and equity dealing commissions. One analyst said: “It will be hard for sell side analysts in ESG/sustainability to hold their heads up internally if they are not considered a real sector.”
Institutional Investor could not be contacted for comment.

Simon Howard, Chief Executive of the UK Sustainable Investment and Finance association (UKSIF) said the move was a “surprising decision” by Institutional Investor.

“We know that institutional asset owners increasingly recognise the financial arguments in favour of considering sustainability issues as part of investment, and the same thinking is evident in the results of a survey of retail asset owners we will be releasing as part of National Ethical Investment Week next month.”