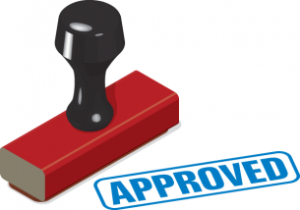 Almost half of all S&P 1500 companies are making medium-term economic losses based on return on capital, yet investors are not revising their pay voting decisions commensurately, according to a new report commissioned by the New York-based Investor Responsibility Research Center Institute (IRRCi). The research carried out by Mark Van Clieaf and Karel Leeflang, Partners at Organizational Capital Partners, the strategy consultants, found that 43% of S&P 1500 companies had a Return on Invested Capital (ROIC) less than their Weight Average Cost of Capital (WACC) over five-year rolling periods, giving a cumulative economic loss. The research used data from 2003-2012. ROIC gives a sense of how well a company is using its money to generate returns. Comparing a company’s ROIC with its WACC reveals whether invested capital was used effectively. In a previous report, the researchers found that a majority of companies in S&P’s index universe do not disclose balance sheet or capital efficiency metrics that might allow investors to tie this data to the design of long-term incentive plans for company directors. That report focused on performance measurement, value creation, long-term incentive plan design, and pay for performance.
In the latest research, the authors report that investors appear, on average, to be voting through pay packages with little challenge, even where economic value is being destroyed in the medium-term.
The report analyses 100 say-on-pay voting decisions for the same universe of companies of the 100 largest US mutual funds, 11 of the largest North American Pension Funds with close to $2 trillion in assets, and the voting records of ISS and Glass Lewis, the two biggest proxy voting agencies. It finds that average say-on-supportwas 82% for 32 low-performing companies, and a strikingly similar 84% for 32 high-performing companies. There was little discrepancy in the voting patterns of the proxy advisors, who are considered to be the most focused actors on shareholder value. The researchers said the results suggest that creation of economic benefit is not currently a major factor in institutional investor say-on-pay voting.
Instead, it said the results confirmed its previous report where it had concluded that ‘competitive’ pay, rather than performance, was driving executive compensation. The report said the use of ROIC and economic profit would enable investors to shift executive pay from short-term stock market movements to sustainable, longer-term company results.
Consequently, it said investors should demand that companies disclose balance sheet or capital efficiency metrics and include them in long-term incentive plan design.
Link to new report

Seperately, ECGS (Expert Corporate Governance Service) the partnership of local European corporate governance specialists across Europe, has published its annual survey on board composition and remuneration in the 600 biggest companies in 16 European countries in 2014. The report says a major problem continues to be director independence, with only 38% meeting ECGS’ independence threshold of at least 50% of the board or at least 33% in companies with mandatory employee representation. It said 19% of companies show an independence rate below one third, with major discrepancies between countries.
Link to ECGS