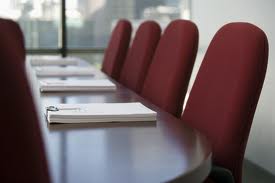 US fund manager BlackRock and Robert CS (Bobby) Monks, the son of Bob Monks, the renowned corporate governance leader, have both taken minority stakes in a new governance venture called iiWisdom, which provides regular feedback to corporate boards on investor views. The company was founded in June by David Weil, a former investment banker in the information services sector at Merrill Lynch and Credit Suisse. Both Monks and Michelle Edkins, Managing Director at BlackRock and Global Head of its Corporate Governance and Responsible Investment team, have taken seats on iiWisdom’s board. The company collects comments – either quoted or anonymous – from institutional investors on corporate governance concerns such as board composition and refreshment, pace of executive turnover and diversity, among other classic proxy voting issues. Weil says the service can act a “heatmap” for corporate boards to decide what serious issues investors are looking at and for directors to compare their performance with other companies via peer benchmarking: “We believe we are a cost-effective pipeline for investor communication on long-term value creation and risk mitigation.”

Weil says iiWisdom already has a number of assetowners and asset managers on board. Advisory board members include asset owner figures such as Aeisha Mastagni of CalSTRS, Carol Drake Nolan (OhioPERS) and Mike McCauley (Florida State Board of Administration). The firm has approached the 50 largest companies in the US to use the service and Weil says most have signed up for an initial trial. The business model is for companies to pay for the service. Weil says the trial period aims to prove the value concept with charging likely to start at the end of this year: “It’s an open platform and there is no charge for institutional investors, but eventually companies will pay.”
Weil says the company does not provide consultancy services to companies on the results but acts purely as an intermediary: “Relationships between companies and investors have been ad hoc and chaotic. The investors hire the directors and then there is little feedback over the next 12 months. Many people are critical of directors, but there is only so much they can do. Asset owners need to step up to the plate to help companies manage themselves for the long term in terms of pay and board structure, etc.”
Weil says future plans include setting up an in-house corporate engagement platform.