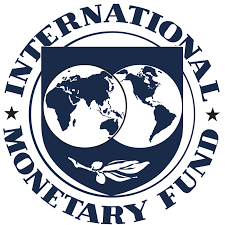 The International Monetary Fund this week called for pension funds in Japan to comply more with the country’s Stewardship Code – saying the ultimate impact on corporate cash reserves and the wider economy could be substantial.

Acknowledging the code for institutional investors that was introduced in February 2014, and the corporate governance code a year later, the IMF said: “Significant progress has been made, but more should still be done to materially affect corporate behavior.

“Increasing compliance with established guidelines is needed (i.e. pension funds). Also, the corporate governance code could be more ambitious in its requirements for outside directors and regulatory limits on cross shareholdings.”

“The economic impact is difficult to quantify but likely to be substantial especially in combination with other reforms that reduce incentives for large cash balances stemming from precautionary demand, transactions costs, and taxation.”

Cuts to the rate of corporate tax and the governance reforms have not yet mobilized firms’ cash reserves, which are estimated to bet almost 50% of Japan’s gross domestic product (GDP).

Their analysis was that comprehensive corporate governance reform should be a key component of Japan’s growth strategy.

High cash reserves present high macroeconomic costs if they prevent resources from being used in a more efficient way, they wrote – adding that improving corporate governance “could go a long way toward unlocking Japan’s corporate savings”.

“More should still be done to materially affect corporate behavior”

The international body acknowledges that since the corporate governance code was introduced two years ago, the share of companies with independent directors has increased and cross-shareholdings have decreased.

But it called for further corporate governance reform such as more ambitious requirements for outside directors, greater transparency of beneficial ownership and explicit limits on cross-shareholdings.

In its latest assessment of the nation’s $4.9trn economy, the IMF said pension fund investment in venture capital is limited compared to the US and “could be promoted along with their portfolio rebalancing targets”.