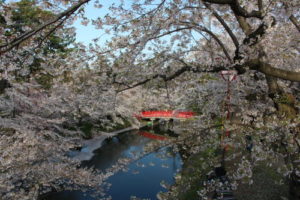 Japan’s impact investing sector is growing rapidly, with the market estimated to have hit $718m in 2017 – more than double 2016’s figure of $337m. Growth – driven to a large extent by a need to meet the rising medical expenses of the country’s unprecedentedly aging population – has been facilitated by the country’s advanced corporate-led economy and strong non-profit sector expertise in disaster relief, elderly care and healthcare.
As a member of the Global Steering Group for Impact Investing, Japan has a National Advisory Board dedicated to fostering impact investing and related policymaking, legal framework development and impact measurement.
A key milestone in the impact investing landscape was reached in January 2017 with the enactment of legislation enabling the transfer of a portion of money from dormant bank accounts to a Big Society Capital-inspired social investment bank by 2019. Launched in April 2012 with £600m (€767.7m) from dormant bank accounts, Big Society Capital is the UK’s pioneering social financial institution that makes loans to, or invests in, social investment intermediary institutions (SIFIs) which then lend to or invest in frontline social sector organisations.
According to estimates, dormant bank accounts with Japanese financial institutions, including banks, are worth some JPY100bn (€763m) annually, and, although around half of that is paid back each year to depositors, at least JPY50bn (€381m) will be available to be utilised for social issues by the bank. Chair of the Global Steering Group for Impact Investment Sir Ronald Cohen says this figure is a multiple of what has been released in Britain.
The new bank’s annual budget and board will be approved by the Japanese government. It will offer grants, loans and equity to support three main areas (poverty, children and young people, and the revitalisation of rural areas) via a wholesaler model similar to that of Big Society Capital. SIFIs are to invest in non-profit organisations, as well as social impact-driven for-profit organisations.
It is expected that the Cabinet Office will select one foundation to administer the bank within this financial year, though a call for applications – expected in April – has yet to be made.
Bidders to run it will include a group of Japanese NGOs, social businesses, consultants and lawyers that lobbied politicians to use dormant accounts to set up a social investment bank. Grant-giving organisation the Nippon Foundation acted as secretariat for the group.
The enactment of the Dormant Bank Accounts Act appears to have spurred movement in the wider social investment field in Japan – particularly in social impact bonds (SIBs).
Spearheaded by the UK in 2010, SIBs see private investors fund social interventions, repaid with interest based on measured social outcomes, typically by a governmental department. The model, it is argued, helps reduce fiscal costs, create momentum in private-sector investment and bring about positive social impact. According to media reports, globally there are now some 100 SIBs in 20 countries, designed to tackle a range of issues.Japan expressed an early interest in SIBs, becoming part of the OECD Social Impact Investment Taskforce and funding a five-year research project on the subject at Meiji University, now nearing completion. Over 2015 and 2016, it piloted four social impact-driven projects across four cities, which each integrated different components of SIBs. They focused on: the adoption of children; dementia; young people not in education, employment or training; and learning and social skills support for children. East Oumi City launched a small-scale SIB supporting community ventures in 2016, with an investment size of $20,000 ($5,000 × 4 projects). The investors were two local organisations and 71 individuals (52 of whom were local).

But, according to Chih Hoong Sin, Director of Innovation and Social Investment at London-based consultancy Traverse (formerly the Office for Public Management), it was with the passing of the legislation on dormant bank accounts that the SIB market sprung into action.
“Things changed almost overnight,” he told RI. He says the intermediary market ramped up its efforts, while actors such as KPMG, Deloitte, and K3 International all started upping their visibility in the market and putting in bids for SIBs.
“The market is moving, and it’s moving very quickly.”
The past year has seen the launch and development of SIBs at municipality and state level, with sources telling RI that around 50 SIB projects are in the pipeline.
Sumitomo Mitsui Banking Corporation (SMBC), retail investors and the Japan Social Impact Investment Foundation (SIIF) invested between them some $300,000 in a SIB in Kobe City, launched in July 2017 by Japan SIIF to address chronic kidney disease. Investors reportedly receive annual interest of up to around 5% dependent on the results of the programme.
In another health-related SIB last year, Digisearch & Advertising, Japan SIIF and an individual investor provided some JPY9m (around €68000) in upfront capital to Hachioji City, to promote bowel cancer checks, with a maximum return of JPY9.762m (€74,631).
Central government departments such as MEXT and the Cabinet Office have also indicated an intention to bring out SIBs in official comments, while the Ministry of Economy, Trade and Industry and the Ministry of Health, Labour and Welfare (MHLW) have been encouraging the introduction of a SIB framework as an effective means to solve social challenges.
MHLW is developing two countrywide SIBs to tackle a range of long-term health conditions. The first – focused on conditions such as dementia and diabetes – has already been launched, while the invitation to tender for the second is forthcoming.