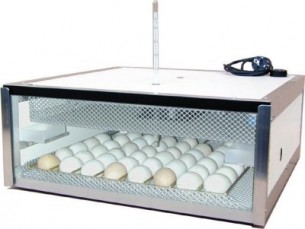 A sustainability fund management start-up that says it will ensure its green investments are not inadvertently dirty in other ways has reportedly become one of the first to be seeded by a €250m manager incubation programme initially funded by APG Asset Management. IPE.com reports that Branta Solutions Fund in Amsterdam has been selected for a €25m investment by the IMQubator initiative, which was launched last year by Holland Financial Centre with capital from APG to fund innovative fund managers based in the Netherlands. It aims to make investments in new managers during the crucial start-up phase of two to three years when managers need to build up a track record. Branta is run by Willem Appel, who previously worked for ING in London and Tokyo, along with Cor Timmermans, who formerly worked for Fursa, the hedge fund. It is understood the firm employs a number of ecologists to look after the environmental impact assessment of its investments. Jeroen Tielman, chief executive officer at APG, which runs the pension assets of the ABP pensionfund, said Branta united a unique top-down approach of sustainable investment strategies with a strong accent on risk management. Importantly, Tielman said Branta would ensure its investments in companies such as solar panel producers do not include scarce or poisonous commodities.
IMQubator has committed itself to Branta for at least three years to allow the manager to build up performance and attract other investors. Tielman said he hoped APG’s commitment would accelerate that process.
IMQubator not only provides seed capital but also offers support on fiscal, legal, risk and administrative issues.
Tielman told IPE.com that he expected two other Dutch pension funds to add capital to the IMQubator asset pool by the end of this year. He said: “Pension funds will look for other sources of investment return. This is the way to invest in the winners of tomorrow. The selection of truly innovative start-ups demands other evaluation techniques beyond the analysis of historical figures. This process can be very instructive for participating pension funds.”