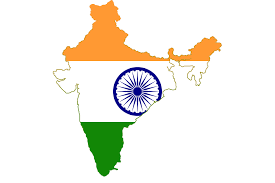 As global markets shuddered and the British currency swooned from Brexit-vote aftershocks, a group of global finance leaders gathered recently at the London Stock Exchange – the epicenter of economic turmoil – for a dialogue focused, perhaps incongruously, on opportunity. This was no mere brash discussion of profit-making opportunities amid wild market swings. This was something far bigger, bolder and globally consequential.

The Green Infrastructure Investment Coalition forum was focused on a place once called the “jewel in the British crown,” glittering now with vast homegrown clean energy investment opportunity – India.

Why would India, which relies on abundant domestic coal resources to provide more than 70% of its current power supplies, draw this kind of attention?

With a population of 1.2 billion people, one of the fastest growing economies in the world, and hundreds of millions of citizens without any access to electricity, India is ground zero to the world’s potential for clean energy access and investment – and, consequently, climate stabilization. Realizing this potential will require a favorable investment environment in the world’s second most populous country.

The global stage is poised like never before to unleash an additional $1 trillion of clean energy investment needed each year – what Ceres calls the Clean Trillion – to limit global temperature rise to below two degrees Celsius. The historic Paris Climate Agreement, forged by 195 countries, was a powerful signal that the world is committed to a clean energy future that is more viable than ever. Wind and solar energy infrastructure costs continue to plummet and out-compete carbon-intensive fossil fuel power in many parts of the world, even before the costs of damaging carbon pollution are taken into account. Unprecedented opportunities are emerging for clean energy to leapfrog traditional fossil fuels in countries where energy access is lacking.

India’s Prime Minister Narendra Modi is seizing this moment by literally aiming for the sun. He has set a jaw-dropping 100-gigawatt target for solar energy installations, and another 60-gigawatts for wind energy by 2022.That’s more than half of India’s total existing electric power capacity today. This will require a two- to three-fold increase in clean energy investment in India’s electric power sector, according to Ashish Sethia of Bloomberg New Energy Finance. Additional investment will be needed for transportation, including light rail and electric vehicles, and energy efficient technologies, such as advanced lighting and cooling.

The Modi administration has committed some $200 billion towards India’s clean energy goals, and has redoubled its efforts to advance de-risking measures – tackling currency risks and permitting complexities, among others – that should spur private investors to tap opportunities in India. While multilateral development banks, including the World Bank, are making new India-focused clean energy investments calibrated to leverage infusions of private capital, other entities such as India-headquartered banks and project developers are teeing up massive green bond issuances to finance clean energy projects. IDBI Bank alone anticipates an additional $2 to 3 billion of green bond issuances over the next few years, with a focus on financing solar energy and electric vehicles. The Indian Renewable Energy Development Agency said it is looking to issue another $3 billion in bonds to support wind and solar.

Major global companies with a presence in India, including Coca-Cola and Microsoft, as well as banks including Citigroup, Bank of America, Merrill Lynch and JP Morgan, are making and enabling clean energy investments in India. North American institutional investors, such as the two largest Canadian pension funds, are just beginning to target clean energy investment opportunities in India as well.

To be sure, far more work – and action – will be needed to unleash private capital flows at the levels necessary to achieve India’s ambitious green goals. But the momentum is palpable and opportunities are growing by the day.

You can take that to the bank.

Sue Reid is vice president of climate and clean energy at Ceres.