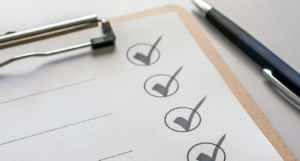 India has become the first jurisdiction to propose regulation aimed at ESG ratings providers, with other regulators expected announce whether they’ll go down a similar route soon.

According to draft rules published by securities regulator the Securities and Exchange Board of India (SEBI) yesterday, firms which issue ESG ratings and commentary within the Indian market will have to seek SEBI accreditation to be renewed on a two-year basis.

It comes months after global regulators made a landmark call for ESG data and ratings to be placed under the remit of securities regulators to address longstanding concerns over the comparability and reliability of ESG products – which was also referenced by SEBI in its regulatory text.

While the new Indian initiative does not yet seek to standardise rating scales or methodologies, accreditation will require providers to demonstrate that they have sufficient resources and manpower – in areas such as data analytics, finance and sustainability. Regulators will also scrutinise the ratings processes of each provider and their policies in relation to managing conflicts of interest.

On their end, data houses will now be expected to label their ESG ratings as either risk-based, impact-based or as other ESG-related products, in addition to disclosing their rating methodologies for all products. Providers will also be asked to carry out reviews of their methodologies annually.

SEBI also proposed instituting a subscriber-pay model for the ESG ratings market, noting that is “the predominant business model followed” by providers globally. This is contrasted with the issuer-pay model prevalent in credit ratings where an entity pays to be rated.

If the proposals are taken forward, all listed companies which currently utilise ESG ratings will be required to do so only with products from SEBI-accredited providers.

Stakeholders have until March 10 to provide feedback to SEBI, although no timeline was given on when the prospective regulation will enter into force.

The move by India is expected to be followed by the UK’s Financial Conduct Authority, which last year announced that it was preparing to set out a regulatory position on ESG ratings in 2022.

And the European Commission said it its Renewed Sustainable Finance Strategy in July last year that it could, following a public consultation and subject to an impact assessment, publish “an initiative” this year to strengthen ESG ratings.

Separately, EU regulator ESMA has already sought additional powers to regulate ESG data and ratings from the EU, having noted that the sector is a “fertile ground for potential conflicts of interest”.