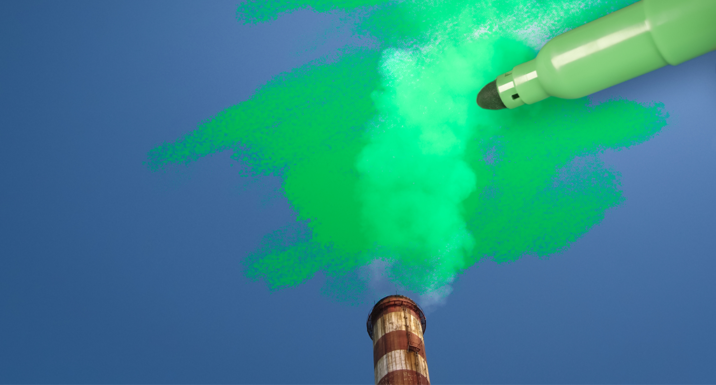 European financial industry associations have pushed back against what they call excessively broad definitions of greenwashing in responses to a consultation on the topic issued by the EU’s financial regulators.

In its response, the European Fund and Asset Management Association (EFAMA) said the term greenwashing should take into account “current market and regulatory conditions”, noting that existing regulations are not always harmonised or consistent with each other across jurisdictions and financial sectors.

Many current claims of greenwashing, EFAMA continued, “imply a universally agreed definition of what constitutes a sustainable product”.

The association also argued that regulators should distinguish between intentional and unintentional misrepresentation.

It said greenwashing should be considered to consist of two components: a knowing misrepresentation of sustainability-related practices or features, combined with an intention to mislead. While greenwashing may occur in cases of gross negligence, unintentional mistakes or data changes are “fundamentally different” from intentional misleading.

Intentionality is a “key factor” in determining whether an action is greenwashing, EFAMA said.

Possible gaps in existing regulatory frameworks should be identified before any new legislative requirements are introduced, the response continues. Any new guidance on greenwashing should be embedded into existing frameworks, with a consistent and harmonised approach on both the EU and international levels.

Anyve Arakelijan, a regulatory policy adviser at the association, said: “Considering the current degree of regulatory uncertainty and ongoing evolution, we must be careful not to apply the term greenwashing too broadly. Strengthening the understanding of what constitutes greenwashing and having harmonised supervisory action to address this risk is crucial.”

The industry body also criticised the timing of the call for evidence, which was issued in November, just ahead of the holiday season. EFAMA said this made the process “harder than necessary” and prevented it from responding in more detail.

The three European Supervisory Authorities (ESAs) – the European Banking Authority, European Insurance and Occupational Pensions Authority, and European Securities and Markets Authority – launched the call for evidence after the European Commission mandated them to report on risks and occurrences in the European financial sector, as well as steps they have taken on the matter.

Other industry groups have also published their responses to the call for evidence over the past week.

The ICMA response says the current “catch-all” approach to greenwashing “does not provide a conceptual framework that is either suitable for financial regulation or for policy making” and suggests an alternate definition. It again calls on EU bodies to resolve challenges with existing regulation rather than launching additional initiatives “that may lead to duplication or layering”.

In its response, the Association for Financial Markets in Europe (AFME) said it was important to come up with a definition of greenwashing that helped regulators and market participants develop targeted measures to tackle the problem.

The AFME also called for regulators to distinguish intentionality, and said it was important that regulators consider any gaps and required clarifications within existing regulatory work before embarking on additional initiatives.

The Dutch Federation of Pension Funds joined calls for a nuanced approach to greenwashing, warning that time should be given for market participants to implement existing requirements before next steps are considered.

It “demanded” that the EU’s approach to tackling the issue should focus on parties that make unsubstantiated sustainability claims to obtain an unfair competitive advantage, noting that commercial motives were not applicable to Dutch pension funds, which are non-profits.

The European Savings and Retail Banking Group (ESRBG) said that a clear and scientifically comprehensible uniform legal definition of sustainability was a “mandatory prerequisite” to be able to present sustainability claims, with existing EU requirements based on a different understanding of sustainability, with relevant regulations not always clearly linked.

The group added that that existing strict regulation of prospectuses and product information made deliberate misinformation via these channels unlikely, but that legal requirements for presenting sustainability criteria should be clear and practicable in order for this information to be correct.

The existence of a large amount of complex ESG information and data, the ESRBG continued, can also lead to an “information overload” which may facilitate greenwashing.