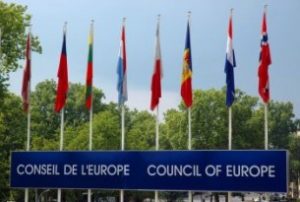 The article was amended to reflect that Jane Wilkinson was a member of the Technical Expert Group (TEG), not the High Level Expert Group (HLEG) which preceded it.

Investors, civil society and other stakeholders have responded to the “disappointing” decision by EU member states to delay implementation of the sustainable finance taxonomy until the end of 2022, two years beyond the original proposed implementation in 2020.

Yesterday’s announcement by the European Council, consisting of the 28 European Union member states, also controversially left the door open for nuclear energy to be eligible for green finance. This was opposed by Germany, Luxembourg and Austria who said that any taxonomy which considered nuclear energy sustainable “would be inherently flawed”.

The Technical Expert Group (TEG), a group of experts appointed by the European Commission, recommended against including nuclear power in the taxonomy according to an interim report published earlier this year. They concluded that “it was not possible… to conclude that the nuclear energy value chain does not cause significant harm to other environmental objectives”.

The taxonomy is the last of the three legislative proposals under the EU Sustainable Action Plan – low-carbon benchmarks and disclosure requirements are the others – to advance, although it plays a foundational role by setting out a catalogue of activities which are eligible for green finance. It is therefore seen as pivotal to the achievement of other wider objectives, such as unified green bond standards, fund labels and possible changes to central bank policies.

With the EU Council’s position agreed, it can now enter negotiations with the EU Commission (the EU’s executive arm) and the European Parliament over the taxonomy. This process, known as a trilogue, is anticipated to commence in October and conclude by the end of the year.

Commenting on the news, Molly Scott Cato, the Green MEP who acted as rapporteur for the sustainable finance action plan at the European Parliament, said to RI: “It is disappointing to see the Council rail against the voted position of the parliament and as Greens we will continue to fight to keep nuclear out – it has no place in sustainable financial products.

“The two-year delay to 2022 is also a matter of significant concern. We need clear and uniform definitions of sustainable assets urgently. The impacts of climate change are proceeding faster than predicted and it is vital that the financial markets urgently contribute to tackling the climate emergency.”

Natixis’s Corporate and Investment Bank (CIB) Global Head of Green & Sustainability, Orith Azoulay, said that while the bank “regrets” the development, the EC should take advantage of any delay to “extend the scope of the taxonomy to all activities, reconsider the stringency of the transitioning approach, introducing a more shaded approach from brown to green”.

Jane Wilkinson, the ex-KPMG executive who was a member of the TEG and who now runs her own ESG consultancy called Ripple Effect said: “It is indeed a shame that we are not able to go more quickly, particularly as having this classification system will make it easier to introduce (or abolish) incentives/subsidies.

“What I observed in 2018 was a number of financial market participants and investors using the lack of clarity on the taxonomy as an excuse to ‘wait and see’.“This was most certainly not my message or that from the TEG.”

Others played down the impacts of a potential delay, which could yet be revised during the trilogue process as the European Council, Commission and Parliament work toward the final form, or the “legal identity”, of the taxonomy – including the status of nuclear power.

Hermes Investment Management’s Head of Policy and Advocacy, and former HLEG member, Ingrid Homes, said: “In some ways, the delay is a niche concern. The taxonomy is already out there providing clarity to those making capex decisions. That’s already very helpful. It is not going to affect Hermes’s business in the short term if the taxonomy doesn’t have a legal identity and I suspect it won’t have any impact on most other firms as well.”

Responding to recent criticism by European Central Bank (ECB) President-Elect Christine Lagarde who said the delayed taxonomy was “holding things back” with regards to greening the ECB, Holmes said: “The point is the taxonomy exists. Again, there is nothing stopping central banks from taking that taxonomy and begin designing adjusted capital requirements [based on the green supporting factor and brown penalty] on the basis of the taxonomy.”

“On nuclear I think it will be a very difficult discussion at trilogue level. There are issues on how to properly decommission plants, it’s never really been done because of the extraordinarily long half-life of radioactive elements. Given those wider issues and ongoing cost considerations, it is difficult to see why you would continue to fund that as your priority low carbon options ahead of cheaper alternatives.”

Sean Kidney, co-founder of the Climate Bonds Initiative and member of both the HLEG and TEG said: “The delay is reasonable as it provides time to get data providers up to speed and for investors to be able to properly report against the taxonomy. So a staged implantation isn’t a bad idea but of course I would like it to be faster.

“The key point for me is that member states have come to an agreement in support of the taxonomy which is really exciting, I jumped for joy when I heard the news!”

Meanwhile, powerful business lobby Keidanren has come out in strong opposition to the international standardisation of the EU sustainable finance taxonomy, which it lambasts as not having “adequately reflected the views of non-EU countries”.

In a frankly written statement on its website earlier this month, the Japan Business Federation (known in Japanese as “Keidanren”) argued that standardisation and uniform application of the taxonomy risk hindering the innovation needed for global sustainable development and “destabilising international financial markets”.

The Keidanren has a mammoth membership of 1,412 companies, 109 nationwide industrial associations and 47 regional economic organizations and is regarded as the voice of big business in Japan.

The statement appears to condemn the very idea of a taxonomy, calling it a “narrowly defined green list” and arguing it should not “pre-emptively fix specific economic activities, technologies, and products, but rather limit itself to indicating ‘examples’ available”.

It suggests the taxonomy should be more transition-focused and “encompass in its scope the relative degree of improvements in energy efficiency of technologies and products”.

It said that “arbitrarily eliminating specific economic activities, technologies and products, particularly fossil fuels” would give rise to credit withdrawals and credit crunches, and stifle innovation.

With reporting by Ella Milburn.