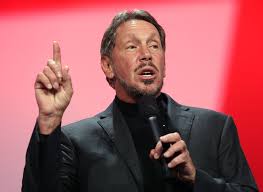 A vote against ratifying executive pay at software giant Oracle has been made by at least three responsible investment institutions, according to advance voting data.

Domini Social Investments, the American Federation of State, County and Municipal Employees (AFSCME) and Christian Brothers Investment Services (CBIS) have all voted against named executive officers’ compensation ahead of Oracle’s annual meeting at the end of the month, according to the Proxy Democracy site, which tallies investor voting.

The votes are non-binding but follow a campaign by advisory group CtW Investment Group, which works with union sponsored pension funds with $250bn in assets, to get shareholders to vote against pay at the company.

The pay report received just 41% backing at last year’s AGM and governance advisory firms such as PIRC are advising clients to vote against it again this year.

CtW argues the pay for CEO Larry Ellison and other top executives “far outstrips that of its self-identified peers”. But in a riposte to CtW, Oracle says the group’s analysis is not “fair or balanced”.The trio of investors have also withheld their votes for eight directors: Jeffrey Berg, Raymond Bingham, Michael Boskin, Bruce Chizen, George Conrades, Hector Garcia-Molina, Jeffrey Henley and Naomi Seligman.

All three investors, the first to disclose their voting intentions, have also backed governance-related proposals filed by shareholders.

But the three shareholders voted against a resolution on supermajority voting filed by Investor Voice, the Seattle-based shareholder engagement group.