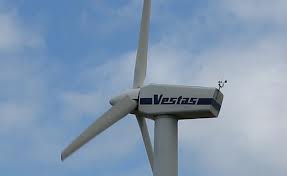 Around 80 private and institutional investors, including German bank Commerzbank, are demanding DKK300m (€40m) in compensation from Danish wind turbine maker Vestas for losses incurred from a steep decline in the firm’s stock since 2008.

Deminor, the Brussels-based governance firm that is representing the investors, has given Vestas until August 16 to comply with the demand.

In a statement, Vestas dismissed the claim as having no merit. It expects Deminor to file a lawsuit against it after the August 16 deadline. Contacted by RI, Deminor declined to comment.

Vestas said the potential lawsuit is based on the same arguments as those made in an existing US class action lawsuit dating from March 2011.

The company told RI that it denies misleading investors.

Earlier this year, Deminor notified the press of a shareholder proposal it had filed ahead of Vestas’ annual general meeting (AGM) in late March.

The proposal, which was rejected by 89.5% of Vestas shareholders, called for an independent auditor to look into whether the firm deliberately overestimated its revenues and why former chief financial officer HenrikNorremark and investor relations chief Peter Kruse resigned.

“Our clients want to know whether it is possible to recover some of the losses if this really went wrong,” Deminor managing partner Erik Bomans was quoted as saying at the time. “They are of the opinion that the company did not correctly communicate with investors over the past couple of years.”

Vestas’ stock plummeted from a high of around DKK600 per share just before the collapse of Lehman Brothers in September 2008 to just under DKK30 in July 2012. Since then, however, the stock has recovered somewhat and is currently trading about DKK100.