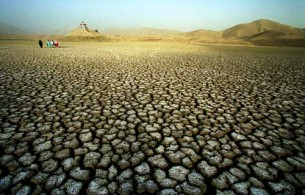 A group of banking institutions representing more than $10tn in assets are working alongside the German government and others to develop a model that quantifies the financial risks to major industries when faced with extreme drought.

The scheme, led by the Natural Capital Declaration (NCD) and the German Government’s Emerging Markets Dialogue on Green Finance, will first develop a framework that will allow for how firms in five countries – Brazil, Mexico, China, India and the US – would react to the risk of extreme droughts.

RMS, a global catastrophe modelling firm, will then develop a model which will allow financial institutions to understand how they are exposed to environmental risk, aided by input from academics at European universities and global research centres.

An expert council will also contribute insights, says Laurence Carter, capital markets analyst at RMS, in accordance with their range of specialist knowledge “from drought hazard definitions through to econometrics”.

A roster of nine banks will then use their own data to test the framework and collaborate on a “systemic share approach” for banks to be able to assess their financial exposure to drought, at least through their corporate loanbooks.

The model’s scope extends beyond just being able to assess the riskiness of corporate loans, says Samantha Sutcliffe, senior advisor at Swedish bank SEB’s climate financial solutions division and a member of the scheme’s expert council.She expects that climate stress testing tools such as the drought framework can help “various financial mandates” to incorporate risk awareness, including asset managers, bond issuers and other institutions with assets in regions at risk of drought.

Through development of the framework, it is hoped that a rating migration model – a way of measuring how credit ratings deteriorate which can be aggregated and projected – can be produced. From there, the fundamental way of assessing the impact of water scarcity or drought risk on a company can be defined and applied more widely, even if the metric for equities may differ from that used for debt.

Sutcliffe adds: “The correlation between financial stability and climate stress is a growing concern and, by utilising existing financial instruments, stakeholders can drive engagement forward in the financial markets, the green bond being an example of such initiative.”

“Water, or scarcity thereof, is a highly relevant topic and through instruments such as green bonds there is certainly scope to further activate mainstream capital towards resource efficiency.”

Measuring the impact of water scarcity is not yet required by regulators and, as such, much of the NCD program will rely on voluntary disclosures and publicly available data. If a large amount of corporate data were made available, particularly by those in drought areas, the model’s authors could then model for the more widespread impact of a reduction in water availability.

At the World Economic Forum annual meeting held in Davos, Switzerland in January, the organization reported that it considered water crises the third “most impactful risk” facing the global economy, after the potential failure of climate change mitigation and weapons of mass destruction.