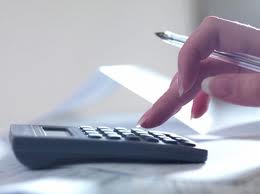 The Council of Institutional Investors, the US group whose members have combined assets of more than $3trn (€2.4trn), has written to all the Libor-reporting banks pressing for greater disclosure over the interest-rate rigging scandal.

The investors want the banks’ independent directors to lead a “robust review” of the processes for setting its Libor, Euribor and other rates. The review process and the names of the directors involved should be publicly disclosed, the CII demands.

And the group is also calling for audit committee members to ensure “comprehensive disclosure” of potential losses related to Libor misreporting.

The Council’s members include large, mid-size and small public, union and corporate pension funds. They have been affected by the scandal in “different ways and to varying degrees” says CII Executive Director Anne Yerger in the missive.

“However they are united in their concerns over the damage caused by this most recent scandal in the financial sector,” Yerger adds.“Investor trust and market integrity are the cornerstones of successful capital markets. The Libor scandal has threatened both pillars.”

Underlining how important the issue is for investors, the CII held a teleconference on the impact of Libor misreporting on investors last week.

The letter concludes that the CII would welcome updates on the banks’ work to address its concerns – which would be posted on the CII web site.

“Investors united in their concerns over the damage caused”

It comes as the Treasury Select Committee of the UK Parliament last week called for urgent changes to the way banks operate in the wake of the scandal.