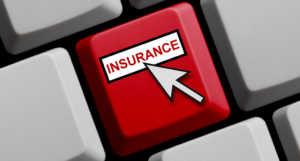 Insurance Europe, the main trade body for insurers in the EU, is pushing back against a proposal to include scenario analysis in the annual self-assessment reports insurers are required to submit to sector regulator the European Insurance and Occupational Pensions Authority (EIOPA).

The proposals were put forward by EIOPA last year after an earlier survey revealed that only a minority of insurers had carried out scenario analysis in their self-assessments. The watchdog said that it considered scenario analysis important to “foster a forward looking management of these [climate change] risks”.

Responding to the proposal, Insurance Europe argued against a “separate prescriptive regulatory treatment” for climate change risks, saying that the decision to carry out scenario analysis should be at the discretion of insurers based on material considerations.

“While insurers agree that it is important to foster a forward-looking management of climate change risk,” the body said, the proposals would “set the burden too high [for] insurers with negligible exposure to climate risk”.

“It is worth noting that European insurers are already at the forefront of climate change in the way in which they manage risks and pay claims,” it added.

While scenario analysis uses a consistent set of probable climate scenarios to gauge an organisation’s resilience to likely developments, stress tests focus on how organisations and portfolios would stand up in ‘worst-case’ events that are defined by regulators and can change from year to year.

Stress tests are already conducted bi-annually by European insurers as part of their self-assessments. The most recent stress test, conducted in 2018, looked at the impact of hypothetical windstorms, floods and earthquakes on insurers.