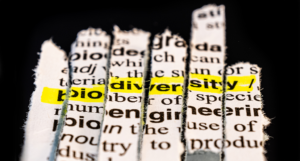 Insurance supervisors from the UN’s Sustainable Insurance Forum (SIF) are taking a deep dive into the financial risks of biodiversity loss, to help inform their response to such risks.

The global network, set up four years ago with support from the International Association of Insurance Supervisors, coordinates the world’s insurance supervisors and regulators. It describes its function as “provid[ing] guidance to insurance supervisors on how to address sustainability and climate change challenges.”

The new study comes amid a growing awareness of the global financial system’s dependence on natural capital, and the systemic and portfolio-level risks stemming from degradation.

“The threat of biodiversity loss and ecosystem degradation has sharply moved to centre stage, especially in the past 12 months,” said SIF in a statement. “Initiatives examining biodiversity finance have proliferated, and many have taken a systemic view of the changes needed to align the financial system with the needs of a healthy planet.”

In September, SIF was announced as part of a new Informal Working Group exploring the creation of a Task Force on Nature-related Financial Disclosures, which to mirror the success of the Taskforce on Climate-related Financial Disclosures and develop an international reporting standard for biodiversity and natural capital risk. Alongside this, the Partnership for Biodiversity Accounting Financials, led by ASN Bank and backed by Actiam, FMO, Robeco and Triodos Bank, recently published its first report offering financial institutions guidance on how they can account for their biodiversity impacts.

However, until now, Geoff Summerhayes, SIF Chairman and Executive Board Member at the Australian Prudential Regulation Authority, noted that “internationally representative bodies have not produced supervisory material on this topic”. He added that the SIF study should be used to support the existing efforts.

The move comes as the European Insurance and Occupational Pension Authority (EIOPA) launched a consultation on whether it should overhaul its risk assessment for natural catastrophes to include climate change for the first time.

In a discussion paper published today, the EU supervisor said that, "in light of climate change, there is a clear need to ensure that model vendors and insurers collaborate with academic and scientific communities to develop a better understanding of the uncertainties involved in climate change and how these impacts can be quantified".

The paper, which follows EIOPA’s conclusion last year that more research was needed to decide "whether additional climate change-related perils such as droughts and wildfire could be better captured in the Solvency II framework under the natural catastrophe risk submodule", outlines  possible ways to include climate change in the current Nat Cat SCR calibration.

Elsewhere in the insurance world, Axa has been named the top insurer when it comes to not insuring fossil fuels, in a ‘2020 scorecard’ by NGO Insure Our Future, launched today. Axa landed the number one ranking in the assessment of 30 leading insurers, followed by Swiss Re, Hannover Re and Zurich.

On fossil fuel divestment, the scorecard placed French firm SCOR Re in first place, followed by Axa, Zurich and Swiss Re. Legal & General was named the best for climate leadership more broadly, despite coming in 21st place for its performance on fossil fuel divestment. Other climate leaders identified by the report are: Aviva (2nd), Zurich (3rd), Munich Re and QBE (joint 4th).

The report concludes that “insurers’ continued retreat from coal is making it harder and more expensive to secure insurance for coal projects”, citing research from Willis Towers Watson that coal firms are facing rate increases of up to 40%. Since 2017, 23 insurers have ended or restricted their cover for coal projects (representing 12.9% of the primary insurance market and 48.3% of the reinsurance market), the report claims; and 65 insurers have either committed to divesting or ending future coal investments.

Nine insurers have limited or ended cover for tar sands oil, up from four in 2019; and Australia’s Suncorp is the first and only company to announce a phase-out of Oil & Gas.