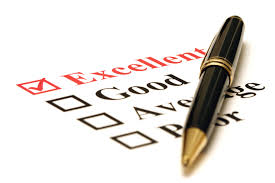 Hans Hoogervorst, Chair of the International Accounting Standards Board (IASB), said this week that he will bring to the “special attention” of the IFRS Foundation’s trustees a proposal to create a second board for non-financial reporting standards.

Hoogervorst was speaking at a conference organised by Eumedion, the governance forum of major Dutch and international investors, and proposed the idea via a green paper and a consultation entitled “Towards a global standard setter for non-financial reporting”.

Eumedion’s green paper calls for the creation of an independent and authoritative International Non-financial reporting Standards Board or “INSB”.

The move follows on the heels of the comments made by Feike Sijbesma, CEO of DSM, the Dutch manufacturing group, who said he would love to have a set of ‘International Non-financial Reporting Standards’ or “INFRS”.

Eumedion stated in its green paper that the IFRS Foundation is the most suitable body to stablish the INSB as a separate board alongside the IASB.

The proposal advocates for an initial focus of the INSB “on drafting standards on narrative and measurement that are embraced by listed entities and stakeholders on a voluntary basis”.

Hoogervorst referred to Eumedion’s green paper saying that it is “primarily a matter for the Trustees of the IFRS Foundation” who “will give it the attention it deserves”.

Hoogervorst said he was not able to comment on it immediately in concrete terms but added: “Our thinking has evolved considerably. Our work on the Management Commentary Practice Statement (MCPS) makes it clear that we look beyond the financial statements alone and that we include broader financial information as part of our mission”. [The MCSP is the narrative reporting that provides additional context to understand companies’ financial statements.]
Hoogervorst also made a distinction between two types of sustainability standards. First, standards that promote behavioural change but do not primarily focus on investors, such as those of the Global Reporting Initiative.

Second, standards more focused on investors that allow a company to describe the potential financial impact of sustainability issues.Among them Hoogervorst mentioned: the Sustainability Accounting Standards Board (SASB), the Climate Disclosure Standards Board (CDSB) and the Taskforce for Climate-related Financial Disclosures (TCFD).
Hoogervorst said that this second main stream of sustainability standards is particularly relevant for the update of the Management Commentary Practice Statement.

“These standards—with a clear financial materiality threshold—also fit well within the mission of the IFRS Foundation to provide financially relevant information to investors,” he said.

He also said ESG reporting can help raise awareness about long-term sustainability issues, but “legislation and financial incentives will ultimately be decisive”.

Hoogervorst said that instead, effectively pricing CO2 emissions would make it rewarding for companies to transition to sustainable outcomes.

Also this week, Sirpa Pietikäinen, the Finnish Member of the European Parliament who sits in its powerful Committee on Economic and Monetary Affairs, published an op-ed that also alluded to the role of the IASB and the IFRS Foundation on sustainability reporting.

“The future update of the Sustainable Finance Action Plan should advocate sustainability standards within the framework of the IFRS and the IASB, paving the way for global standards,” she wrote.

Accountancy Europe, the Brussels-based body, told RI that it is at the moment developing a paper with recommendations as to what the solution could be regarding which standard setter or what the standards should be.

Deputy CEO Hilde Blomme said there are too many frameworks for non-financial reporting, leading to inconsistent data.

“There needs to be better comparability, consistency and reliability of the reported information. To begin this work, we are urging the European Commission to put forward: first, a mandatory minimum set of criteria for what must be reported. Second, minimum reporting criteria for forward looking disclosures, including scenario analysis. Third, safeguards for preventing greenwashing,” she said.

As part of the Sustainable Action Plan, the Commission launched in 2018 a fitness check of EU legislation on public corporate reporting, including the NFI Directive, whose results hasn’t been published yet.