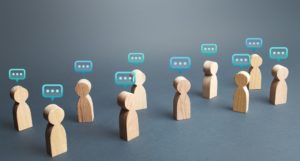 The International Platform on Sustainable Finance (IPSF) has called for feedback on a report that puts forward areas of commonality and differences between the EU and China’s green taxonomies, as part of a wider effort to harmonise the different sustainable taxonomies that are in use or in development.

The Common Ground Taxonomy (CGT) Package, published today, marks the results of first phase of the Platform’s work to bring more clarity and transparency around the similarities and differences between taxonomies, starting with an in-depth comparison of the EU and China taxonomies.

The European Commission said it is a first step “towards providing a solid methodology in view of broadening the scope of comparison to other taxonomy features and other jurisdictions' taxonomies”.

The IPSF was launched in 2019 by the Commission to support and influence the development of a common approach to sustainable finance globally. It consists of the EU and 16 other countries which represent 55% of global GDP as well as GHG emissions.

The platform aims for the CGT to be an “evolving tool that may help different actors to understand the types of activities that could be covered under the respective taxonomies”. The Platform notes the CGT is not a proposal for international standards or a legal document.

It has so far analysed 80 activities across six sectors and mapped these to the International Standard Industrial Classification of All Economic Activities (ISIC). It has identified areas of clear overlap or difference between the two taxonomies, as well as areas where the EU or China are more stringent.

It is now asking for feedback on the work through six open questions, including if the CGT activities table would provide a useful reference; how the CGT can be taken forward and what expectations respondents have for future developments of the CGT. It is calling for feedback by January 4 on the draft CGT activities.

The platform notes this initial phase of work will be expanded over time, and that the CGT and its analytics methodology is designed to be flexible and incorporate new jurisdictions which develop taxonomies over time. The IPSF said at least seven of its 17 members are actively looking to develop taxonomies. Members with taxonomies in development or planning include the UK, Canada and Singapore.

The IPSF consultation comes amid a raft of taxonomies being developed both inside and outside of IPSF membership.  In September, RI reported that Russia’s National Green Taxonomy had been signed off by Prime Minister Mikhail Mishustin and that Canada’s long-awaited ‘transition taxonomy’ will be released by the end of the year.  This week, Indonesia’s Financial Services Authority, OJK, said it was preparing to launch a green taxonomy early next year.

The Association of Southeast Asian Nations is developing a two-tier taxonomy providing data-backed thresholds for green business activities, which will be ratcheted up over time.

Speaking at an event held by the UK’s Green Finance Initiative in Glasgow today, Sheldon Mills, Executive Director for Consumers and Competition at the country’s Financial Conduct Authority (FCA), said that global thinking around taxonomies will be crucial to the adoption of ‘double materiality’ in corporate reporting rules.

The UK has thrown its weight behind new disclosure standards being developed by the International Sustainability Standards Board (ISSB), with the government saying last month that such a framework would underpin regulation in the UK. However, the ISSB’s approach will fundamentally deviate from the current market leaders on sustainability reporting rules – the EU – because it will focus solely on how company performance could be hurt by environmental and social risks, known as ‘enterprise value’. The EU and many others have already built reporting standards that require companies to also address the risks their activities pose to the environment and society, known as ‘double materiality’.

Mills told the audience today that, while the UK will follow the ISSB’s enterprise value-based standards, it will use its nascent national taxonomy, which will capture green impacts, to ensure it addresses double materiality. He said that jurisdictions all over the world should use the ISSB standards as a “baseline” to deal with universally-accepted sustainability risks; and then bolt on localised taxonomies that capture relevant impact priorities and policy objectives.

Also speaking at the Green Finance Initiative event, Ingrid Holmes, who is leading the development of the UK taxonomy, said that an extension of its coverage was currently “under review”, which could allow it to address other asset classes. Currently, the taxonomy’s focus is on equities, but the FCA is toying with the possibility of changing capital requirements in the UK to incorporate climate risk. Such an initiative would require a set of definitions for what counts as ‘green’ on the credit side.

With additional reporting by Sophie Robinson-Tillett