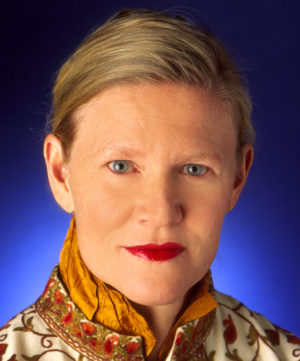 DWS, the €700bn recently re-branded Deutsche Asset Management, is intensifying its responsible investment approach. Roelfien Kuijpers, Head of Responsible Investments and Strategic Relationships and a Member of DWS’ Executive Committee is leading the push. Talking to RI, Kuijpers says that this year it will update its landmark 2014 meta study published jointly by Deutsche’s Asset & Wealth Management unit and Hamburg University, titled “ESG & Corporate Financial Performance (CFP): Mapping the Global Landscape”. That report found that a majority of 2000+ cases studied demonstrated that the addition of ESG into investment had a positive impact on CFP and that this effect was stable over time. Click here for RI’s coverage.
The study was instrumental in financially underpinning almost three decades of ESG activity at DWS, starting with significant votes at DAX 30 companies in Germany in the early 90s under the leadership of then CEO, Christian Strenger, now a member of Germany’s Corporate Governance Committee. In 2005, under the leadership of former CEO, Kevin Parker, it identified climate change as a potential long-term investment trend and set up a dedicated investment unit in New York, before disbanding it a few years later.
Kuijpers notes that The University of Oxford has done a similar ESG performance meta study with broadly the same results: “The debate around whether ESG integration can contribute to alpha was a discussion point five years ago, but it’s not anymore. People are moving forward. Five years ago there were very few investment firms that did any research around ESG. These days many asset managers have an ESG practice, whilst some of the leading investment banks and brokerage houses have established their own ESG practices. There’s so much more data and research available. Ratings agencies are also starting to incorporate ESG factors into credit ratings.”
She says the accompaniment of serious regulation via the European Commission Action Plan on Financing Sustainable Growth will also be instrumental in change: “The EU has set itself on a path to create more transparency, including a sustainability taxonomy, and minimum standards for green bonds, which is really encouraging.”
DWS’ backing of RI is evolving in its retail funds business, traditionally the German mainstay of the DWS brand, where new funds are in the market and on the way: “We have a number of ESG products and solutions in active, passive, alternative and quantitative managed strategies.We will be launching a series of ETFs in the second quarter in Europe, as well as in the US later this year, that are true ESG ETFs. There are a number of mutual funds that we have made some adjustments to and repositioned as funds meeting specific ESG investment minimum standards.”
Kuijpers says the proliferation of ESG data is changing the way asset owners and managers think about investment.
A topic she says DWS is looking closely at is corporate supply chains. It published a paper in November last year examining the physical impact of climate change, initially on equity portfolios: “We were asked to do this by a significant client of ours who had an Asian equity portfolio. After the 2011 flooding in Thailand, a number of the world’s leading semiconductor companies, which all have physical plants there, were incapacitated. That knocked out significant capacity worldwide in the semiconductor industry, and upstream in the broader technology industry. Our client looked at that upheaval and asked us to look at potential events such as drought, changes in weather patterns, floods, etc. that could similarly impact other industries, especially in their index exposure.”
Working with Four Twenty Seven, a California-based economic and climate modelling company, and a third-party index provider, Kuijpers says DWS and Four Twenty Seven mapped the physical climate risks for 500 large- and mid-cap constituents of an Asia ex-Japan listed equity index: “It was quite unique then. No one to our knowledge had ever really combined big data, climate science and portfolio impact. She says a similar study, based on the changes in France’s climate reporting regulations under Article 173, is looking at what happens when you map out CAC40 companies globally and overlay that with climate data and potential physical impacts: “As the impact of climate change becomes more prevalent, it will be increasingly important to understand the impact this has on risk factors and company performance.”
A couple of years ago, DWS started using Aladdin, the risk, trading and administration system sold by BlackRock Solutions, a division of the US fund manager. DWS embedded its own research on the platform to create what it calls its ‘ESG Engine’ that calculates its financial/sustainability ratings on companies and sovereigns. “Our investment professionals can also use it to look at a company they want to research, see what our analysts think, and also look at the ESG rating,” says Kuijpers.

She says DWS trained staff on how to utilise the sustainability data from the ESG engine in a financial context via a course run by the European Federation of Financial Analysts Societies (EFFAS). The education, she says, has made ESG “part of the fabric” across investment, sales, marketing and communications. Importantly, the strategy has buy-in from the top: “I report to Nicolas Moreau, CEO of DWS (former Chairman and Chief Executive of AXA France), who built a strong ESG foundation at AXA and feels very strongly about RI. So it’s truly ‘owned’ by him. And sustainability is one of the four core values of DWS as a company. We know that the only way it’s going to be successful is if it’s fully embedded in what we do.”
DWS sees the next stage in ESG investing shifting towards the SDGs and has started to feed SDG-related data into the ESG engine. Kuijpers notes: “As companies focus business models on the SDGs, it means you can measure how much revenue is aligned to an SDG. Then you can start integrating this as a factor in your investment decisions. That’s the next wave I would say.”
There are no product plans yet. Instead she says DWS wants to understand the data and how it interacts with the other data inputs.
We want to create something that is robust and has been tested. Michael Lewis, Head of Sustainable Finance Research and Murray Birt, a Vice President at DWS, will shortly produce an advisory report to that end.
However, one approach to promote the SDGs, she says, is investment in sovereign bond funds that are screened according to whether a country safeguards and enhances the political and civil rights of citizens. The ESG Engine ranks sovereigns against their human rights record, prevalence of the death penalty, corruption, electoral democracies versus autocratic regimes, military spending and nuclear arms.
Looking more deeply at the investment industry, Kuijpers is big on demographic trends. She notes that the single largest group in the US today are millennials, having overtaken the baby boomers in 2015.She points out that they will become 75% of the US population in 2025, a trend broadly the same across the developed world: “Many different studies have shown that millennials want their jobs and investments to be aligned with their values. There’s $40tn of wealth that’s going to move from baby boomers to millennials over the next 40 years, as well as the wealth they build themselves. If they think the world should have less poverty or cleaner oceans, they’ll sit down with their financial advisor to invest in funds that align with those values. This generational shift is going to be very powerful. Combine this with the proliferation of ESG issues, more data and more measurement, and you see why it’s gone mainstream. Whether you’re an asset owner or manager, this will have a huge impact, all the way from retail to institutional. It is a huge long term investment trend.”
And she connects this to the broader environment and economy: “Consider droughts in Australia, flooding of Europe’s major rivers, Cape Town almost running out of water, hurricanes in the US, drought in California, or, the fact that earlier this year, in the midst of winter, we actually recorded warmer temperatures at the North Pole than in England. You can’t put your head in the sand anymore. People know that the world is changing from an environmental point of view, and companies are really starting to focus on this.” Another macro risk in the western world, she says, is increased social inequality. She notes that in the US the top three billionaires have as much wealth as the bottom 160 million people, while globally the top eight billionaires have as much as the bottom 2.6 billion people: “Whatever your view, the facts are striking. Is this leading to populist election outcomes? It looks like it. These are real issues. The narrative is changing. Add in some spectacular corporate governance failure issues over the last decade – VW and the diesel gate scandal, BP and the Gulf of Mexico – and things have come together into a perfect storm. They have to be on investors’ radars!”