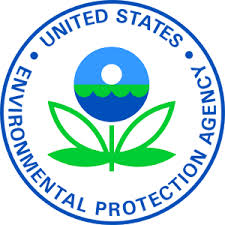 A group of major US investors and faith groups with a combined $800bn (€588bn) in assets under management have written to President Obama to put their weight behind new carbon pollution standards unveiled by the Environmental Protection Agency (EPA).

Signatories to the letter include major institutions like the California State Teachers Retirement System (CalSTRS), the New York City and State Comptrollers and the State Treasurers of Maryland and Connecticut as well as foundations such as the Christopher Reynolds Foundation and the Jessie Smith Noyes Foundation.

Seventeen leading asset managers are also behind the letter, including US sustainability specialists such as Calvert Investments, Green Century, Trillium and Walden alongside international investors like F&C and Impax Asset Management.

“We applaud the Environmental Protection Agency (EPA) for releasing proposed rules, which offer a critical next step in reducing the impacts of climate change and catalyzing the burgeoning clean energy economy,” the investors say.

“The new standards reflect what forward-looking investors already know: climate change poses real financial risks and substantial economic opportunities and we must act now,” the letter continues. “With Congress’s failure to act, the EPA’s proposed rule is all the more urgent and necessary to tackle this challenge.”“From our positions as fiduciaries, the need to reduce carbon pollution is particularly important,” it adds, citing consulting firm Mercer’s 2011 investor-backed report: Climate Change Scenarios: Implications for Strategic Asset Allocation. “In order to manage this risk, we, as investors, are seeking long-term policies that provide businesses the certainty needed to transition to a clean energy economy.”

New York State Comptroller Thomas DiNapoli said: “Quite simply, climate change poses a significant risk to the global finances, and our fiscal and ecological health depends on building a low carbon, energy efficient economy.” Impax said the regulations would accelerate innovation across the US energy sector.
A similar letter, spearheaded by US advocacy group Ceres’ BICEP (Business for Innovative Climate & Energy Policy) project, was signed by major corporates such as Adidas, Mars, Nike, Starbucks and Unilever. The EPA announcement could be the “butterfly moment” that sparks momentum for forthcoming international climate negotiations said Mark Kenber, CEO of the international non-profit Climate Group.
Meanwhile, the Institutional Investors Group on Climate Change, which represents 88 of Europe’s largest investors worth €7.5trn, has responded to the International Energy Agency’s latest energy investment report. The IEA said that more than $48trn needed to be invested by 2035 to meet global energy needs.