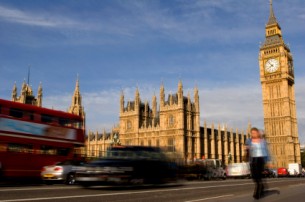 A coalition of investors with a total of £940bn (€1.17trn) in assets have pushed the UK government to introduce a provision to the Modern Slavery Bill currently going through Parliament that will require businesses to publish an annual slavery and human trafficking statement approved by a board member.

If passed, the UK will be the first country in the world to introduce such transparency in supply chain legislation. California introduced the Transparency in Supply Chains Act in 2012 which includes a provision that businesses in the state bringing in more that $100m (€88.3m) annually most report on their efforts to eliminate slavery and human trafficking from their supply chains.

The Modern Slavery Bill is designed to tackle slavery in the UK, and includes a number of proposals around existing slavery and trafficking offences. It originally included no measures to counter the use of slave labour abroad as UK government department the Home Office [interior ministry] believed that asking businesses to audit and report on modern slavery in their supply chains would be an “additional burden”.

However, NGO campaigning resulted in a supply chain clause being added to the bill. This has been bolstered by investor lobbying on the issue.A coalition of more than 21 investors wrote to Prime Minister David Cameron last year welcoming the government’s decision to introduce a clause on supply chains to the Modern Slavery Bill, and urged him to strengthen the clause.

In a letter back to the investors, which included Rathbone Investment Management, Hermes, CCLA and the Church Commissioners, Karen Bradley, minister for modern slavery and organised crime, said their suggestions would be part of consultation on the measures.

She also said she expected compliance with the measure to be driven mainly by consumer, campaigner and investor pressure.

Alongside introducing the provision, the government has opened a consultation on the supply chain measure. It asks what size of company should be covered by the clause and how statutory guidance on how to produce a slavery and human trafficking statement should be worded.

Next month, Conservative MP Sir John Randall is hosting an event in Parliament for MPs, investors and businesses to discuss the new transparency provision. Randall is a trustee of the Human Trafficking Foundation.