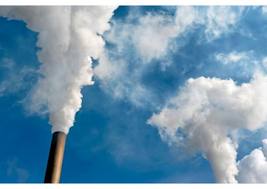 More than 300 of the world’s leading institutional investors – representing over $20trn (€15.5trn) in combined assets under management – have joined up in calling for governments to provide carbon pricing, just days ahead of the United Nations Climate Summit in New York.

In addition, the investor groups that have coordinated the statement have launched a public database of low carbon investments made by asset owners, called the Low Carbon Investment Registry. Investors globally are being encouraged to add examples in the run-up to the climate negotiations in Paris next year.

It follows more than 300 leading global businesses backing the World Bank’s ‘Putting a Price on Carbon’ campaign earlier this year.

UN Secretary-General Ban Ki-moon convenes the Climate Summit in New York on September 23 and ahead of the event an unprecedented number of investors – a “critical mass” in the words of UN Under-Secretary-General Achim Steiner – have stuck their colours to the mast of carbon pricing in a statement signed by some of the biggest names in finance.

The summit, which is not part of the formal UN Framework Convention on Climate Change (UNFCCC) negotiation process, will be hosted by the UN’s Ban to “galvanize and catalyze” climate action ahead of a hoped for legal agreement in Paris.

“We, the institutional investors that are signatories to this statement, are acutely aware of the risks climate change presents to our investments,” the statement reads. “In addition, we recognise that significant capital will be needed to finance the transition to a low carbon economy and to enable society to adapt to the physical impacts of climate change.”

The statement calls on governments to provide “stable, reliable and economically meaningful” carbon pricing to help redirect investment to counter climate change. The investors also want them to look at phasing out subsidies for fossil fuels.

The statement recognizes the role investors play in financing clean energy, outlines the specific steps they are committing to take, and calls on policymakers to take action that supports, rather than limits, investments in clean energy and climate solutions.

“Having such a critical mass of them demand a transition to the low-carbon and green economy is exactly the signal governments need in order to move to ambitious action quickly,” said the UN’s Steiner, who heads the UN Environment Programme.