Responsible Investor
Home News & Analysis Institutions The calls for investors to add their voice to the government surveillance...
Return to search
Institutions 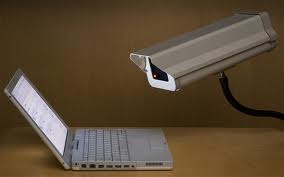 With the revelation that the U.S. government’s National Security Agency has been mining phone records and online data as part of a secret mass surveillance program, there are calls for investors to add their voices to the debate.

“Investors have a really important role to play in this,” says Rebecca MacKinnon, a senior research fellow at Washington, D.C.-based think-tank the New America Foundation, and author of “Consent of the Networked: The Worldwide Struggle for Internet Freedom.” “When an investor calls up [an Internet or telecom company] and asks them about free expression and privacy, they’re more likely to listen than if an academic or a member of civil society would have called.”

MacKinnon is not alone in suggesting that investors have a responsibility to try to help shape the debate over Internet privacy rights plays out. A handful of SRI investors have been issuing some of the loudest calls to mobilize their fellow investors—both SRI and mainstream: In late June, a group of SRI firms, led by Boston Common Asset Management and Trillium Asset Management, released an open letter with a list of specific actions they say companies should take to help safeguard customers’ rights and their own stock prices. Two of those who helped draft the letter—Jonas Kron, director of shareholder advocacy at Trillium, and Lauren Compere, director of shareholder engagement at Boston Common—both said that a central purpose of the letter was to spur investors to action by giving them a template for their conversations with companies.

The letter presents three main demands of companies: 1) improve the transparency around data sharing, in part by encouraging the U.S. government to allow public disclosure of data; 2) push back against the government’s requests by requiring warrants for user information; and 3) clearly establish responsibility for data management and protection within top management.Trillium’s Kron says the goal is to push companies into more assertive conversations with the government about what digital rights should look like—and he adds that investors can help encourage that assertiveness.

“A lot of attention has been paid to what the government is doing, and rightfully so. But I think there also need for hard questions to be asked of the companies,” Kron says. “As investors, it makes sense for us to push for market-based solutions, and part of that is pushing the companies to deal with these issues.”

But alongside an SRI investor’s aim to engage companies on human rights issues is the duty to protect the financial health of the portfolio itself—and industry experts say that from this perspective, too, investors must consider the importance of digital rights.

On a company-specific level, corporations can risk suffering reputational damage if it emerges that participated in government surveillance schemes. Google made this argument in its June petition to the Federal Intelligence Surveillance Court, when the company sought permission to release information about secret national security data requests: “Google’s reputation and business has been harmed by the false or misleading reports in the media [about government data requests] and Google’s users are concerned by the allegations,” the company stated in a court filing.

In an effort to help investors understand which companies may be putting themselves at most risk of reputational or other financial damage, a handful of bodies are seeking to quantify and rank corporations’ digital policies and practices.

The Sustainability Accounting Standards Board has signaled that it is in the early stages of researching how companies’ digital free expression and privacy policies can be measured and evaluated, so that investors can integrate the information into their investing processes. In a similar vein, New America’s MacKinnon has organized a project, called Ranking Digital Rights, that will seek to create a methodology for ranking companies on their digital policies and practices, even across countries and legal jurisdictions. She says Ranking Digital Rights can be thought of like a Carbon Disclosure Project for the digital realm.

Some investors say their fears about the financial repercussions of ambiguous government and company stances on Internet privacy policies are even broader than this—that their impacts could be felt widely within the U.S. economy, not just within specific companies.

“How the U.S. government and companies handle this is going to have a very real impact on trade agreements with, say, the Europeans, which are worth hundreds of billions of dollars to the U.S. economy,” says Trillium’s Kron.“If European standards of privacy are materially different than U.S. standards—which I think is the case—Europe may not be willing to extend certain trade agreements to U.S. Internet companies.”

Regardless of how these issues are addressed, investors and other experts say the issue of digital privacy is on the SRI investment radar for good, and will likely grow only more prominent in the coming years.

“There’s a tendency to think that privacy is going to go away as an issue,” says Michael Connor, executive director of Open MIC, a nonprofit group that advocates for open media through market-based mechanisms (and which helped organize the open letter sent by Trillium and Boston Common). “We’re convinced that privacy will be a leading issue for companies and their investors over the next decade. What’s needed is an ongoing and public discussion about the rules of the road. This will get far more complex before it gets simpler.”