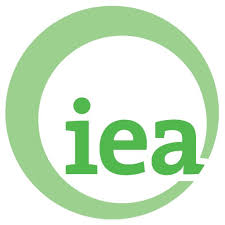 Investment in renewables capacity was more than two-and-a-half times higher than fossil fuels last year, according to the latest report by International Energy Agency. The global body published its first ever assessment of investment into the energy industry, in a bid to prompt “stronger policy support” for low-carbon options.
“It is critically important to properly measure and understand what is happening in boardroom, banks or construction sites around the world to make sure that the right decisions are made by public and private actors,” said Executive Director Fatih Birol, describing the report as a “big step forward”.
The findings show that investment in renewables-based generating capacity hit $288bn in 2015, mainly in solar PV, wind and hydro. This is 2% down on the previous year, compared with an overall drop in spending on energy of 8%, to $1.8trn. It constitutes 70% of investment into generation last year, and – for the first time – represents enough capacity to cover global growth in energy demand.
Because of the plummeting costs of many renewables technologies, despite the slight reduction in investment in the sector, the capacity being installed is much greater year-on-year. The capital cost of onshore wind has dropped 20%, according to the report, while solar PV is down 60% since 2010 – 19% in 2015 alone.This growth in renewables – coupled with changes in climate policy – is “reshaping the electricity system”, the authors write, with a slow-down in gas-fired power generation as a result, and waning interest in coal in Europe and the US. There are also signs of “overinvestment” in coal in China – suggesting investors and generators will struggle to recover costs.

Beyond renewables, energy efficiency garnered $220bn of investment, according to IEA’s research, making up 12% of total energy financing in 2015. More than half of this was in buildings and household appliances, while efficient transport increased to over $60bn. Global sales of electric cars increased 70%, which the report attributes partly to government spending. Energy efficiency standards, which it claims cover 30% of all energy consumption were cited as a key driver of the growth in energy efficiency investment.
But despite a positive outlook for clean energy compared with oil and other fossil fuels in 2015, the report warns that “the current pace of decarbonisation of power generation remains insufficient to meet the climate goals of keeping average temperature increases below 2 degrees Celsius, necessitating stronger policy support”. The authors point to initiatives such as renewable energy auctions as proven ways of bolstering clean energy investment, while highlighting the detrimental effects of fossil-fuel subsidies on sectors such as efficient transport. Link