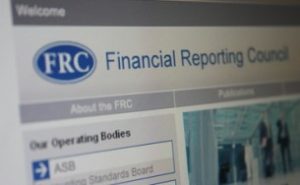 Some of the leading figures in corporate governance in the UK have been named to a new Investor Advisory Group (IAG) formed by the Financial Reporting Council watchdog.

The FRC said it had a “fantastic response” to its call for nominations to the new body, which provides a forum for it to engage with representatives from the investment chain on issues such as strategy and new policies and standards on governance, stewardship, reporting and audit matters.

It comes as the FRC itself is under increasing scrutiny, with the government launching an independent review of the body earlier this month – with some calling for it to be disbanded over its involvement in the collapse of the outsourcing firm Carillion and other corporate scandals.