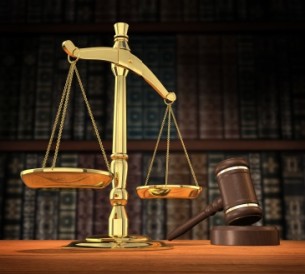 A group of leading responsible investors, both domestic and international, has issued a statement in support of the US Alien Tort Statute.
It comes as the nine Supreme Court justices – back in session after their summer break – begin reviewing the scope of the statute’s reach as part of the prominent Kiobel v. Royal Dutch Petroleum case (background).
The Alien Tort Statute, a 1789 law revived relatively recently, is of interest because it allows US courts to hear cases brought by foreign citizens for companies’ actions outside the US. It’s seen as a unique instrument in international law.
Among the 28 signatories to the statement are US sustainable fund firms Boston Common Asset Management, Domini Social Investments, Harrington Investments, Newground Social Investment, Trillium Asset Management and Zevin Asset Management.
Non-US signatories include the UK’s Aviva Investors and The Co-operative Asset Management, Christian Super (Australia) and Storebrand Investments (Norway). Also backing the statement are numerous faith groups and foundations.
The investor group said: “We are investors and investment managers representing $544bn in assets under management and we support international legal frameworks, including the US Alien Tort Statute (ATS), to protect human rights.” It went on to say the statute provides a forum for legalrecourse should behaviors in violation of the law of nations or a treaty of the US.

The ATS “removes the impunity with which companies might unfairly compete against our investments through collusion with militias, gangs, or terrorists”. It’s an important tool in encouraging standardized expectations for corporate behavior, they add.

The investors point to broadening international norms and legislation such as UN Guiding Principles for Business and Human Rights (Ruggie Principles), US conflict minerals disclosure requirements and the California Transparency in Supply Chain Act.

“Anathema to the investment community”

“That any company, or any trade group, would argue that enabling human rights abuses is in the best interest of investors and the American economy is anathema to the investment community and an insult to the American justice system,” they conclude.

In the long-running Kiobel case the plaintiffs were Nigerian citizens who claimed that oil-exploration corporations assisted the Nigerian government during the 1990s in committing violations of customary international law and sought damages under the ATS.

Ruggie himself has claimed that legal moves by Shell in the case are seeking to undermine the application of the US Alien Tort Statute to corporations. Link to statement