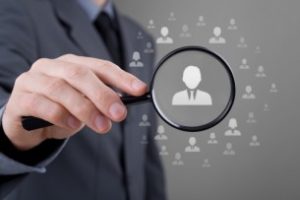 What’s claimed to be the first wide-scale project to rank companies on their human rights performance has been unveiled by a group comprising Aviva Investors, Calvert Investments, EIRIS, Dutch sustainable investment group VBDO and others.

It was launched this week at the 3rd Annual UN Forum on Business and Human Rights in Geneva.

“I think the main thing we want to achieve is a race to the top,” said Stephen Hine, Head of Responsible Investment Development at EIRIS, the UK-based ESG research house which will help to develop the methodology, which will use public domain information.

Hine said there would be a 250-company pilot next year then the first ‘official’ 300-company ranking will be launched in 2016, growing to 500 in 2017. He added there would be “some form of investor outreach”.

The idea takes its cue from existing initiatives such as the Access to Medicine Index and Oxfam’s Behind the Brands campaign, where rankings are seen as a powerful tool.

The benchmark would “introduce a positive competitive environment” and “shine a light” on poor performers, said Steve Waygood, Chief Responsible Investment Officer at Aviva Investors.He added: “It took more than 60 years from the signing of the Universal Declaration of Human Rights before the UN Guiding Principles on Business and Human Rights were developed. We believe that within six years of their approval, we can help to make these Guiding Principles routine corporate practice through the development and use of the Benchmark.”

The other partners are the Institute for Human Rights and Business think tank and the Business and Human Rights Resource Centre, which will host the benchmark’s ‘open source’ portal.

The latter’s Executive Director Phil Bloomer sees it as a “tool for campaigners, trade unions, investors and governments” while Bennett Freeman, Senior Vice President, Sustainability Research and Policy at Calvert, hoped it would become a “critical due diligence tool” for evaluating companies.

Giuseppe van der Helm, Executive Director of the VBDO, said: “In our company engagements, we have noticed that public benchmarks make sustainability topics more concrete for companies and create a ‘race to the top’. We expect the Corporate Human Rights Benchmark to do the same.”