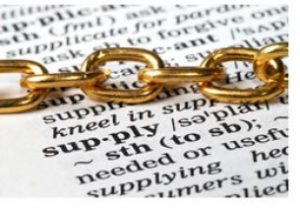 CDP, the environmental data organisation formerly known as the Carbon Disclosure Project, and which collates data on behalf of 722 institutional investors with assets of $87trn (€64.3trn), has launched a supply chain initiative for companies with the backing of major companies such as Bank of America and Wal-Mart.

“These suppliers will benefit from in-depth analysis, using CDP response data and company-specific information, to identify the most relevant, cost efficient emissions reduction opportunities open to them,” the CDP says.

While the initiative has no cost to participating suppliers, “they will be required to give serious consideration to the opportunities identified”. The Institute for Industrial Productivity and the University of Minnesota’s Institute on the Environment will conduct the analysis in partnership with CDP.

It’s hoped that Action Exchange will address some of the barriers seen as preventing companies takingopportunities to cut emissions, such as a lack of management focus, questions over payback periods, and lack of access to finance.

The CDP has also launched a list of companies in the global supply chain that are leading in terms of climate performance. The new Supplier Climate Performance Leadership Index (SCPLI) assesses the level of action, as reported by the company, on climate change mitigation, adaptation and transparency. Eighty companies are included, including names such as BMW, Volkswagen, Nestlé, Unilever, GlaxoSmithKline, Microsoft and Sony. Finance firms included are AXA Group, Bank of America, Barclays, BNP Paribas, HSBC Holdings and NYSE Euronext.
It all comes as the CDP has unveiled its latest supply chain report in conjunction with consultants Accenture. The report finds that while companies are increasingly recognizing climate risk in their supply chains, investment in emissions reductions programs is falling. It found a clear link between stalling progress on emissions reductions within supply chains and the uncertain regulatory framework.
The research, based on information from 2,868 companies (up more than 20% over last year), found that mandatory carbon reporting was supported by 67%. But cap and trade programs received the unqualified support of just 43%.