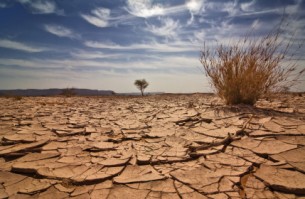 A coalition of more than forty leading US and European institutional investors, responsible for over $1.75 trillion (€1.2 trillion) in assets, has announced one of the most significant climate change action plans to date. The plans, unveiled at the Investor Summit on Climate Risk, hosted by the United Nations Foundation and Ceres in New York, include a huge commitment to clean technology, with the investors setting a goal of deploying $10bn to the sector collectively over the next two years. Other goals include a 20% reduction in energy used in property investment holdings over the coming three years. The investors said they would also be placing green building standards at the core of future investment decisions. Significantly, the investor coalition said it would commit investment managers to report on how they are assessing climate risks in their portfolios, whether from new carbon-reducing regulations, physical impacts or competitive risks. The investor coalition, said the action plan sought to boost investments in energy efficiency and clean energy technologies and require tougher scrutiny of carbon-intensive investments. In a statement, the coalition said climate change presented both material investment risks and significant opportunities. Its nine goals also included policy actions aimed at prodding the US Securities and Exchange Commission (SEC) and Congress into action. This includes a petition to the SEC to issue guidance leading to full corporate disclosure of climate risks and opportunities. The coalition said it would alsolobby the US Congress for a mandatory national policy to reduce greenhouse gas emissions in accordance with the 60-90% reductions below 1990 levels by 2050 that scientists advocate. Other goals include improved engagement with companies over their disclosure and responses to climate change and the encouragement of analysts and rating agencies to report on the potential impacts of long-term carbon costs, particularly on carbon-intensive investments such as new coal-fired power plants, oil shale, tar sands and coal-to-liquid projects.
Mindy Lubber, president of the Ceres investor coalition, said: “This action plan reflects the many investment opportunities that exist today to dent global warming pollution, build profits and benefit the global economy.”
Alain Grisay, chief executive of F&C, the UK fund manager, one of the coalition members, said: “Climate change has the potential both to cause devastating damage to the economy if we do nothing about it, and to generate very profitable investment opportunities if we confront it by taking sensible early action. F&C strongly supports calls for the US government to introduce a mandatory national policy to cut CO2 emissions: investors and industry need certainty over what the regulatory regime will be over the next two to three decades in order to release the billions of investment capital that will finance the shift we need to make to a low-carbon energy system.”
Click here for link to the Action Plan