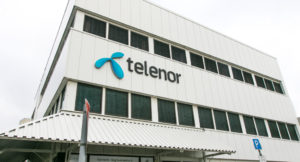 Companies in the telecoms sector are continuing to be the subject of investor scrutiny over their activities in Myanmar, and RI can reveal new details of a range of engagement efforts targeting telecoms giants.

The situation in Myanmar has been on investors’ radar since the country in February last year was subject to a violent coup led by its military, which has resulted in democratic institutions and processes being shut down, media outlets closed, elected political leaders arrested, pro-democracy protests suppressed, and civilians killed.

The junta’s action have been met with international outcry, with sanctions being implemented by foreign governments. This has triggered a raft of investor action to engage with companies operating in the country, as well as some divestments.

From the beginning, an industry which – like the energy sector – has found itself the subject of investor scrutiny is telecoms. Norwegian majority state-owned multinational company Telenor in particular has received attention.

"Our expectation is clear that as long as Telenor is operating in the country the company has to ensure that human rights are being respected. This is a continuous dialogue” – Kiran Aziz

In July last year it announced it had decided to sell its Myanmar operations to Lebanese investor M1 Group. However, this was met with a complaint being filed by 474 Myanmar-based civil society organisations to the Norwegian National Contact Point saying the decision went against OECD guidelines.

At the time of the news, the Norwegian Ministry of Trade, Industry and Fisheries told RI: “From a corporate governance perspective, Telenor's investment in Myanmar is under the responsibility of the company's Board of Directors and Management. Issues related to the investment and the company's situation in Myanmar should therefore be raised to Telenor.”

In September, the Norwegian Contact Point accepted the complaint and a spokesperson told RI when recently approached that there were no updates. However, a number of investors have continued to engage with Telenor. Kamil Zabielski, Head of Sustainable Investments at Storebrand Asset Management, told RI that it is leading the engagements with the company as part of the $3trn collaborative initiative it is part of, although they initially conducted the dialogue independently.

Kiran Aziz, Head of Responsible Investments at Norwegian KLP Asset Management, explained to RI it has been independently engaging with the telecoms giant regarding its planned withdrawal from Myanmar.

“The latest information we have based on the dialogue with Telenor [is that it] is waiting for a formal response from Myanmar authorities to its request to sell its unit to M1. We also discussed what kind of due diligence Telenor did of potential buyers,” she said. “Our expectation is clear that as long as Telenor is operating in the country the company has to ensure that human rights are being respected. This is a continuous dialogue.”

DNB Asset Management is also engaging with Telenor. Its Head of Responsible Investment, Janicke Scheele, told RI: “We continue to engage the company and follow the case, particularly in light of news in November that the junta were seeking sale to a local company. We will continue to engage Telenor on the topic, and following finalisation of the sale, follow up regarding the multi-year involvement in the country.”

A spokesperson for Telenor told RI: “Telenor Group does not comment on specific dialogue with shareholders, however, we keep an open and transparent dialogue with our stakeholders on various topics of interest.”

“The sale of Telenor Myanmar to M1 Group is now awaiting regulatory approval, and we cannot comment further on the transaction,” the person added.

Responsible divestment from Myanmar is increasingly on the radar of investors in relation to Myanmar. In a December 2021 note on Myanmar, the investor’s Associate ESG Analyst Lorraine Hau, wrote: “Those considering the exit option, as they can no longer operate responsible, must have a responsible exit plan. This includes through due diligence on its buyers and the impact of its departure on stakeholders, particularly the most vulnerable.”

And last week, RI reported that BMO Global Asset Management is in dialogue with Total and Eni as part of its engagement with nine firms on their activities in Myanmar.  A spokesperson explained these plans will be explored going forward. “We will continue our engagement with companies in order to understand whether they are considering an exit and, if so, to do so responsibly. This means conducting human rights due diligence, including local stakeholder engagement, on the impact of a company’s sale to understand and mitigate the externalities arising from an exit.”

Returning to telecoms, the ongoing controversy surrounding Telenor comes as another firm in the sector appears to have satisfied the expectations of an investor pushing it on its Myanmar activities. ASN Impact Investors told RI it began engaging with Swedish firm Ericsson on its operations in Myanmar already in September 2020 as some “concerning activities” had emerged – a spokesperson pointed to internet shutdowns in parts of the country occurring.

Although the multinational provided satisfactory answers, once the coup occurred in February, the spokesperson explained ASN decided to kickstart another round of dialogue with Ericsson.

“We questioned their commitment to [the Statement by Concerned Businesses Operating in Myanmar]. The company responded quickly and adequately, and we concluded that Ericsson is taking responsibility when it comes to the protection of human rights in their business. This was reason for us to re-approve them for investment through the ASN Funds in April 2021,” a spokesperson for the Dutch bank told RI.

However, the person added: “Note that we never keep a company indefinitely. Whenever there are signs of misbehavior, we look into that, and we research all companies on our list every three to four years on a regular basis.”

When contacted by RI, a spokesperson for Ericsson pointed to its membership in the Global Network Initiative, which aims to prevent internet censorship by authoritarian governments and protect the internet privacy rights of individuals.

“Further, Ericsson’s Sensitive Business framework ensures that human rights risks are identified and addressed in sales engagements. This includes our engagements in Myanmar,” the person added.

Meanwhile, ASN Impact Investors was less pleased with the progress by Japanese telecommunications operator KDDI Corporation, which it also kicked off engagement with in September 2020.

A spokesperson told RI: “The answers we’ve got from them didn’t show recognition of the violation of human rights in Myanmar. This led to use divesting them in February 2021.”

By contrast, Danish pension fund P+ is still conducting engaging with KDDI regarding their “problematic business and/or financial ties to the military regime.”

Speaking broadly on its work regarding Myanmar, a spokesperson for the investor said: “As of 1 October, our efforts since May have resulted in initial contact to several companies from which we are awaiting replies, we have established dialogue to companies that we were not previously in dialogue with on the issue of Myanmar, as well as collected new information from companies that we were previously in a dialogue with regarding their presence in Myanmar.”

Moving forward, P+’s spokesperson told RI: “We are continuing our efforts and, at the latest in June, we will follow-up once again on our engagements with the portfolio companies in question.”

A spokesperson for KDDI told RI it has “endeavored to develop telecommunications service in Myanmar and have contributed to the country’s economic growth and social development” and that KDDI Group “has no relationship with military organizations” and is committed to respecting human rights.