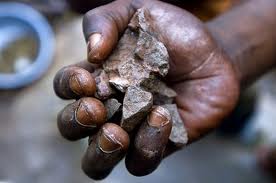 A group of investors is calling on their peers to support continued implementation of Section 1502 of the Dodd Frank Act, which requires US listed companies to trace and disclose the origin and supply chain of certain commodities mined in the Democratic Republic of the Congo (DRC) region.

The group has been monitoring the rule since inception and has stepped up their coordinated efforts in light of the current deregulatory drive by the Trump administration, which wants to dismantle Dodd-Frank – the legislation passed in the aftermath of the global financial crisis to protect investors and consumers.

On February 3, the US Congress voted to repeal Section 1504 of the same Act (disclosure of payments made by extractives companies to foreign governments), a development that has deeply concerned inventors.

Earlier that same week, on January 31, Michael Piwowar, Acting Chairman of the SEC, had announced that a 45-day stakeholder consultation has been opened to address the appropriateness of Section 1502.

A week later reports emerged of a leaked executive order draft by Trump to suspend Section 1502, proposing a two-year waiver of the rule, partly based on national security concerns.

Due to these developments the investor group has had to act promptly and have their voice heard in defense of disclosure requirements they feel are useful and necessary.

The group of investors will defend the success of Section 1502 in tackling material human rights risks, diminishing revenue flows to militia groups and being a catalyst for the responsible economic development of the DRC region.

Currently they are working on a joint statement, which challenges the arguments used by Trump’s leaked executive order draft as well as Piwowar’s reasons to open the consultation, which they will soon send to the SEC as an official response to such ongoing consultation.

In his statement, Piwowar said: “While visiting Africa last year, I heard first-hand from the people affected by this misguided rule.” He added that the disclosure requirements have caused a de facto boycott of minerals and that legitimate operators have been put out of business due to high compliance costs.Trump’s draft executive order states “mounting evidence shows that the disclosure requirements […] have instead caused harm to some parties” in the DRC; and that compliance costs for US companies are $3-4bn upfront plus $200m annually thereafter.

Two representatives of the investor group, Lauren Compere, Managing Director of Boston Common Asset Management and Patricia Jurewicz, Director at the Responsible Sourcing Network, told RI that Piwowar and Trump’s arguments are equally baseless and closely related to each other.

“The SEC is taking their cues from the White House, this is, not surprisingly, very much connected. There is a whole campaign to unravel or minimise regulation now that Trump is in office,” says Compere.

Piwowar’s statement, she says, is “misinformed” and “in some cases outright wrong”.

Compere says Piwowar’s statement lacks the support of real facts and data: “We as investors have a much more comprehensive and robust understanding of how the rule is impacting companies as many of the investors in the group have engaged companies on this issue for the last five years.”

Compere says the Acting SEC Chairman should look at the existing analysis and research studies.

According to data by Elm Sustainability Partners, which has responded to the SEC consultation, a downturn in the prices of these commodities (tantalite, tin, tungsten and gold) started four years before the rule was adopted (August 2012) continuing until January 2016. As the firm puts it, this may have been used as excuse for the changes underway.

Similarly, studies by Tulane University and consulting firm Claigan Environmental found that compliance costs with the rule have dropped significantly to about $20,000 per year.

Jurewicz’s organisation, a project of advocacy group As You Sow, has analysed the quality of the Section 1502 disclosures during the last years.

She describes this Dodd-Frank Act disclosure as “the canary in the coalmine” for investors when it comes to assess how companies are addressing human rights-related risks, as it is one of the first and very few mandatory disclosures in this field.

She dismisses the national security argument, saying: “If anything we are safer because there is more stability in the DRC than five years ago. It’s all political. There are certain companies, investors and members of Congress who want no regulation of corporations. That’s very scary to me because we have seen what happened to the markets and to investments when there is no regulation.”