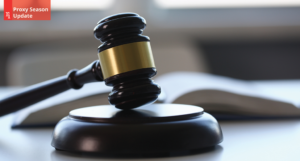 As an eventful 2021 proxy season winds down, a lawsuit filed by investor groups this week against the US Securities and Exchange Commission (SEC) is already focused on next year – seeking to prevent the introduction of controversial Trump-era rules designed to make it harder for smaller investors to file resolutions.

The Interfaith Center on Corporate Responsibility (ICCR) has teamed up with shareholder advocacy group As You Sow and corporate governance specialist James McRitchie to lodge the challenge at the US District Court in Columbia.

Under the new rules, which were introduced in September, the thresholds for the level of stock ownership needed to file proposals, and the level of support needed to resubmit them in subsequent years, increase substantially: for instance, shareholders with $2,000 of company shares could previously file a resolution, but under the new rule that minimum becomes $25,000.

The trio do not hold back in their complaint, describing the US regulator’s final changes to Rule 14a-8 as “arbitrary, capricious, and not in accordance with law”.

“The Commission’s new rule guts the shareholder proposal process in exchange for minuscule and largely hypothetical cost savings [to companies]”, the lawsuit states.

It also alleges that the SEC “concealed” data received from US firm Broadridge Financial Solutions in 2019, which showed the regulator’s staff that a rule change similar to the one it brought in would “result in a reduction in shareholder proposals [from retail investors] of up to 78%”. That data was only released by the SEC more than six months after the public comment period on its proposed changes ended in August 2020, the lawsuit claims.

In October, the SEC’s Office of the Investor Advocate, which is charged with protecting investors’ interests at the regulator, criticised the “economic analysis” behind the rulemaking as “fundamentally flawed” in its annual report to Congress.

“[W]e believe this particular rulemaking was adopted in contravention of the Commission’s internal policies for full and objective economic analysis, Exchange Act Section 4(g)(5), and, at the very least, the spirit of the Administrative Procedure Act. In our view, investors should not have to bear the expense of litigation to overturn such a flawed rulemaking”, it said.

Josh Zinner, CEO at the ICCR, which is backed by investors representing $4trn in assets, told RI that the lawsuit has been a “long-time in the making”, but said they had held off filing while Democrat Senator Sherrod Brown attempted to have the new rule rescinded under the Congressional Review Act – an attempt that failed when the deadline for a vote expired in late May.

“We fundamentally believe that this rulemaking was illegal under federal regulatory law” Zinner said, explaining that “under the law, the SEC are required to do a cost benefit analysis to underpin any rule change and that analysis was seriously lacking here”.

Zinner, however, stressed that this lawsuit has nothing to do with the SEC under its current leadership, which has undergone a profound shift since President Biden came into office.

He also pointed out that there was dissent within the SEC on the rule change, with the regulator’s Commissioners Allison Herren Lee and Caroline Crenshaw openly opposing it.

But Zinner told RI that the filers didn’t want to wait for the SEC to go through another time-consuming rulemaking process, which would likely be legally challenged by corporate interest groups keen to keep the rule in place.

“We're not asking for a new rule. We're just asking to vacate these rule changes and go back to the old rule, which struck a good balance between enabling investors to bring critical issues to company boards while also putting guardrails so that it was used in a responsible way – and it worked well for decades”, Zinner said.

The SEC has not responded to a request for comment at the time of writing.

This year’s proxy season has all but ended, but there was still time for another big vote on climate lobbying at Delta Air Lines.

An undisclosed majority of investors backed BNP Paribas Asset Management’s proposal yesterday calling for disclosure from the US airline on how its lobbying aligns with the goals of the Paris Agreement. BNP Paribas leads engagement with Delta as part of $54tn investor network Climate Action 100+.

It is the fifth climate lobbying proposal to secure majority support this year, joining similar votes at oil giants Phillips66 (64%) and Exxon (63%), US freight firm Norfolk Southern Corp (76%) and United Airlines (65%). Lobbying has been high on the agenda for investors for a number of years now and the high tallies this proxy season build on the significant levels of support last year.

“Corporations have a significant impact on climate policy, directly and through their trade associations. This string of majority votes is strong recognition by investors that these efforts must be fully aligned with the ‘well below 2 degrees’ goal of the Paris Agreement.” said Adam Kanzer, Head of Stewardship at BNP Paribas AM on the back of the result.

Last week, a proposal asking General Motors to report on executive pay using performance indicators recommended by CA100+ was supported by 15.7% of shareholders. Among supporters was the Office of the New York City Comptroller, Scott Stringer, which co-leads engagement with General Motors on behalf of CA100+.

Climate proposals at Japanese banks go to the vote

Today, a Paris-alignment proposal at Japanese trading giant Sumitomo Corporation has been rejected by shareholders, according to a filing from the company, which does not give the levels of support it achieved. That proposal, which was filed by environmental non-profit Market Forces, had asked Sumitomo to align its business and plans with the goals of the Paris Agreement.

Next week, a similar proposal will go to the vote at Mitsubishi UFJ Financial Group. That resolution, filed by climate campaigners Kiko Network, calls on the bank to adopt and disclose a plan to align its financing and investments with Paris. Last year, Kiki filed a similar proposal at Mizuho Financial Group, which secured 34% support. It was the first climate focused resolution ever to be filed at a Japanese company.