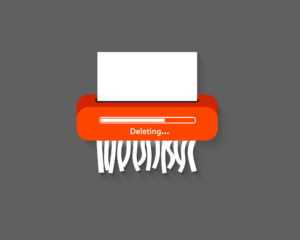 An investor statement on the Ukrainian crisis has ditched explicit commitments regarding engaging with – and potentially excluding – portfolio companies, Responsible Investor understands after seeing an earlier version.

The statement, which was published on Tuesday and coordinated by the Heartland Initiative, strongly condemns the Russian military invasion and pronounces support for the Ukrainian people, their protections under international humanitarian law and their recognised rights to life, freedom, democracy and territorial integrity.

Signatories commit to “endeavour to conduct enhanced due diligence of our respective portfolios as called for by the UN Guiding Principles on Business and Human Rights (UN GPs) and OECD Guidelines for Multinational Enterprises”.

An earlier version – seen by Responsible Investor – differed by stating “we see important guidance for action” under the UN GPs and OECD Guidelines.

Both versions also call on companies across all sectors with business activities or business relationships in Ukraine, Russia and Belarus – or other conflict-affected and high-risk areas (CAHRA) – to take a series of immediate steps to align their operations with the UN GPs and OECD Guidelines.

In the latest version of the statement, this is prefaced with “in line with our commitment to addressing human rights risks in our portfolios, and specifically those associated with the Russian invasion of Ukraine”.

However, the earlier version included the following explicit commitments regarding the investors themselves:

A person familiar with the statement told Responsible Investor: “What has become clear in the process of developing an investor response to the Ukrainian invasion is that investors feel far more comfortable formulating human rights expectations of their portfolio companies than they do about making their own commitments in terms of assessing and monitoring their portfolios for exposure to human rights harms and considering the exclusion of companies that are unwilling or unable to mitigate harms.”

Sonia Kowal of Zevin Asset Management, who signed the statement, described the original version as “much stronger”. “I’m incredibly disappointed that it had to be watered down in order to attract signatories,” she said. “I don’t feel that the commitments that were excluded were that much of a challenge for a true responsible investor.”

The introductions of the two statements also vary. The earlier version includes an explicit reference to other CAHRA’s. “The impact business activities can have in conflict-affected and high-risk areas (CAHRA) has been highlighted by the war in Ukraine alongside other recent geopolitical developments such as the ongoing military coup in Myanmar and human rights crisis in Xinjiang.”

Regarding the changes, a person familiar with the statement told Responsible Investor: “Some investors have taken a ‘UNGPs for thee, but not for me’ approach to Russia and Ukraine. They simply aren’t willing to commit to the same level of due diligence processes that they demand of their portfolio companies. While investors have taken steps over the last decade to address climate change, their human rights policies lag far behind.

Previously, a similar statement calling on portfolio companies to step up their responses to human rights violations in Myanmar was backed by 77 asset managers and owners, representing €3 trillion.