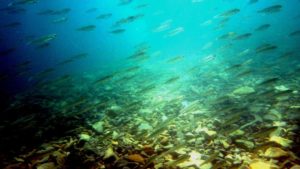 Aviva Investors, Althelia Ecosphere and BPCE Group are among backers of a new set of ‘blue’ principles, seeking to help investors support sustainable oceans, and highlight the material benefits of marine conservation.
The 14 ‘Sustainable Blue Economy Finance Principles’ were launched yesterday by the European Investment Bank (EIB), in partnership with the European Commission, WWF and the Prince of Wales’s International Sustainability Unit. Plans for their creation were announced last year in Malta, and the EIB said there had been “broad consultation” on their development since then.
The principles include a commitment that investments will be transparent, as well as diversified – acknowledging the importance of small to medium businesses within the ocean economy. They also commit to going beyond the avoidance of harm, towards the active promotion of social, environmental and economic benefits.
They intend to support the UN Sustainable Development Goals (SDGs), in particular SDG14 – Life Below Water – which aims to “conserve and sustainably use the oceans, seas and marine resources for sustainable development”.
As part of the initiative, a ‘coalition of the willing’ was created, gathering institutions such as London-based asset manager Althelia, investment heavyweight Aviva, banking group BPCE, the EIB, venture capital firm Seventure Partners, insurance giant Willis Towers Watson and the World Bank. The European Commission’s High Level Expert Group on Sustainable Finance (HLEG) has also come out in support of the principles, which the EIB says could “transform the way in which humanity manages ocean resources” if widely actioned.Investments in marine and ocean conservation have been slow off the ground, despite the momentum that has built around climate mitigation and other environmental issues in recent years. Althelia has for the second time pushed back the first close Sustainable Ocean Fund, which it claims is the first vehicle to invest globally in the sustainable marine sector. The fund, backed to the tune of €15m by Credit Suisse, had its first close delayed from 2016 to 2017, and is now expecting to announce it later this year.
However, the sector has seen some activity in recent weeks. The Seychelles issued its first ‘blue’ debt swap, with backing from the World Bank last month, in a deal that RI reported last year. This week, Credit Suisse announced plans to issue its inaugural green bond, and appears to be the first issuer to namecheck Sustainable Development Goal 14 – Life Below Water – in its framework, as part of as part of a bid to invest in ‘conservation finance’. RI reported last year that a ‘tool kit’ on the topic is also in the pipeline.
Alongside the Sustainable Blue Economy Principles, the Principles for Investment in Sustainable Wild-Caught Fisheries were also launched this week.
According to OECD projections, the Blue Economy could provide unprecedented development and investment opportunities, and outperform the growth of the global economy by 2030. However, mounting evidence suggests that unsustainable economic activity risks eroding the resources necessary for this potential growth.