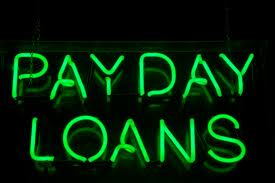 A group of 250 investors and community groups, including Trillium Asset Management, Pax World Funds and the Church of England Ethical Investment Advisory Group (EIAG), has written to Federal Reserve Chairman Ben Bernanke and other senior officials calling on them to stop US banks making “predatory” payday loans.
“We write to urge the federal regulators of our nation’s banks to take immediate action to stop banks from making unaffordable, high-cost payday loans,” the letter states.
It says deposit “advance” loans from Wells Fargo, US Bank, Fifth Third, Regions, and Guaranty Bank are similar to payday loans. Analysis from nonprofit group the Center for Responsible Lending, which is coordinating the initiative, has found bank payday loans typically carry an annual percentage rate (APR) of 365% based on the typical 10-day loan term.

The Center wants the authorities “to stop predatory payday lending before it becomes business as usual in the banking system”.
The letter says the loans “lead to uncollected debt, bank account closures, and greater numbers of unbanked Americans” – inconsistent with consumer protection and the “safety and soundness of financial institutions”.Among other signatories are the Responsible Endowments Coalition, Mercy Investment Services and socially responsible brokerage firm Progressive Asset Management as well as church groups, community organisations and individuals.
The letter was also sent to Richard Cordray, the Director of the Consumer Financial Protection Bureau, Martin Gruenberg, Acting Director of the Federal Deposit Insurance Corporation and John Walsh, Acting Comptroller of the Currency. Cordray is the former Attorney General of Ohio who sued Bank of America on behalf of state pension funds in 2009.

“Stop predatory payday lending before it becomes business as usual”

In December last year the Church of England’s EIAG recommended that the UK’s £8bn (€9.5bn) church investors exclude high interest-rate lending companies from their portfolios. It was “not prepared to sanction” investment in companies charging triple-digit interest rates to some of the most vulnerable customers of financial services. Link