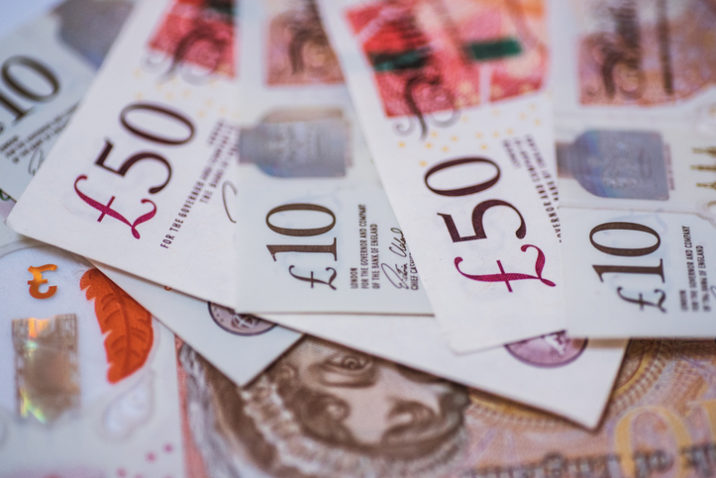 Investors are calling for the establishment of a collaborative engagement programme for corporate bonds, to enable lenders to better influence issuers on sustainability topics.

Chandra Gopinathan, a senior sustainability manager at the UK’s £35 billion ($41.5 billion; €41.4 billion) railways pension fund Railpen, told Responsible Investor that “60-70 percent of the capital structure of any company is going un-stewarded” because of the current focus on public equities engagement.

But, as the energy transition continues to dominate the sustainability agenda, investors are exploring the ways in which their bond portfolios might be leveraged to influence companies’ climate strategies – especially their capital expenditure plans, which relate directly to their ability to raise debt, not equity.

Gopinathan said Railpen is exploring the idea of collaborative engagement for the asset class in partnership with the Institutional Investor Group on Climate Change (IIGCC), in a move that could potentially involve extending existing climate engagement initiatives.

“There’s enough room for bond investors to engage together and form some kind of a bond holders stewardship forum to go in and conduct these engagements on a combined basis.”

A number of members of Climate Action 100+, the world’s biggest collaborative engagement initiative, have signed their fixed-income portfolios up to the programme, but there is virtually no public information about the efforts of CA100+ bondholders. Last year, the group added oil titan Saudi Aramco to its list of target companies ahead of its second major bond offering – in a move that suggested some CA100+ investors expected to lend to the firm, which listed in 2019 but has a very small level of institutional shareholders.

A spokesperson for the IIGCC, which is a co-convener of CA100+, said it had no active plans but was looking at the area. A spokesperson for CA100+ said that engagement with Saudi Aramco was being conducted by both equity and bondholders.

‘Speed up the process’

Antje Panariello, a product specialist in LGT Capital Partner’s fixed-income developed markets team, said that collaborative fixed-income engagement would be “a major step” and “probably the best way forward or the best way to speed up the process”.

LGT is discussing such efforts, she confirmed, and “would very much be interested to look at it [further]”. However, she cautioned, asset managers must ensure that any such engagement is done in the best interests of companies and their investors.

But, he added, lenders can impact borrowing costs.

Indeed, there are signs that momentum is building. One of the world’s biggest asset owners, Japan’s Government Pension Investment Fund, has announced it will begin assessing asset managers on their stewardship activities in fixed income. The move, discussed in the fund’s latest stewardship report, will also address whether managers have contributed to the sustainable growth of investee companies, thus reducing credit risk.

And asset managers are taking different approaches to stewardship in corporate bond portfolios.

LGT Capital Partners combines ‘active’ and ‘reactive’ strategies. The former involves selecting a particular sustainability theme (most recently, the circular economy) and approaching companies to discuss how they could be impacted; while the latter relies on ESG issues being flagged by a third-party provider.

Panariello said that, while it’s not uncommon for bonds to be excluded from the investment universe because of ESG screens, LGT has only divested one bond as a result of poor engagement responses. LGT did not name the issuer.

Legal & General Investment Management takes a different approach to its bond stewardship. Madeline King, the firm’s head of research and engagement, explained that its stewardship team consults with its bond teams before deciding which way to vote at key companies’ AGMs.

Beyond that, King said the lion’s share of fixed-income engagement takes place when deals are being issued.

“If it’s one of those ‘borderline’ issues we can’t leave it until a new bond comes in,” said King. “We’ll probably have met with the company and had various conversations before then, and the conversation at the point of bond issuance should then be, ‘You already know all of this from us. As you know, we can’t invest in you [if you haven’t improved]’.”

Ruling out deals like this can be necessary in instances where longer-term engagement is likely to be ineffective. King pointed to Wirecard’s debut transaction in 2019: “Before I even started to build a financial model, I looked to our ESG system to see if there was anything interesting… and my computer almost set on fire with so many kinds of issues,” she recalled.

She described the meeting with the firm as “one of the more ridiculous bond meetings I’ve ever had in my career, and it was the easiest ‘no’ to any bond deal I have ever seen”.

Wirecard defaulted less than a year later, illustrating that, in some instances, ESG issues are beyond the influence of investor stewardship.

King said that collaborative engagement on corporate bonds was “a conversation we’d be willing to have with some of our peers”, adding that agreeing as a group of investors not to include a company’s notes in funds if it didn’t meet expectations “would actually be very powerful”. But, she added, reaching a consensus on these issues – how to react to or escalate engagement – could be challenging.

BlueBay’s Stock has been helping to lead collaborative engagement initiatives on emerging markets and deforestation, and said “the key is to get a handful of interested investors who are going to be active in the engagement and then you can expand your heft by bringing other investors on board”.

However, just as with shareholder stewardship, those participating in group engagement need to be wary of rules around acting in concert to avoid accusations of collusion or market manipulation.

Benjamin Bailey, vice-president of investments at US investor Praxis Mutual, said smaller investment houses like his are keen to amplify their stewardship influence – something that’s easier to do on the equities side (“you can buy a few shares and go to their annual meeting and try to make a difference in that way”).

He thinks a collaborative initiative for corporate bonds would be “a healthy thing to work towards” to help with that goal.

“We think it’s important for people to understand that, no matter what their investments are, they have a voice and at the very least they should make it heard.”