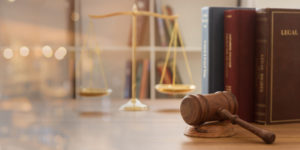 Investors and companies across Europe and the US are asking EU policymakers to strengthen human rights protections in the region’s upcoming Sustainable Corporate Governance Directive.

Aviva Investors, P+, Trillium Asset Management, ACTIAM and Storebrand Asset Management, Unilever, Tony’s Chocoloney and Hewlett Packard Enterprise are among 43 institutions to have signed a letter calling for “a strong and ambitious law, rooted in mandatory safe and meaningful engagement” with individuals and groups affected by business activities.

“[This] would make a tangible contribution to improving human rights and environmental conditions along global value chains. It would also help our companies become resilient and future oriented,” said the letter, coordinated by the Investor Alliance for Human Rights and the Business & Human Rights Resource Centre. The latter told RI it would raise the statement with policymakers this week.

“The hope is that the EU Commission, when drafting their legislative proposal, will take all stakeholder voices into account,” a spokesperson said.

The Directive, which is arguably Europe’s most serious effort to incorporate social issues into its sustainable finance drive, is expected to introduce mandatory human rights and environmental due diligence requirements across the bloc. Current plans are restricted to Limited Liability Companies, but European Parliament is pushing to extend them to cover all corporations operating in the EU internal market, including banks and investors.

Like much of the EU’s Action Plan on Sustainable Finance, the Sustainable Corporate Governance Directive is facing drawn out delays. A final proposal was originally expected in the first half of 2021, but a Commission spokesperson told RI its adoption “can be expected this autumn”.

“The high number of contributions received also during the public consultation shows the interests regarding this topic. It is important to ensure a comprehensive preparation of this proposal, taking into account the various aspects and striking a balance between the diversity of views of the stakeholders,” they added.

The EU’s other effort to strengthen social considerations in financial markets has also been delayed: the Commission was supposed to receive the final recommendations for an EU ‘Social Taxonomy’ – an extension of its high-profile green framework – last month, so it could adopt a formal position in time for its December deadline. However, RI understands the recommendations might be delayed until early next year.

In the meantime, European investors continue to make their own moves to safeguard human rights in their portfolios. Earlier this week, Danish pension provider PKA published its latest exclusion list, along with updates on holding companies over which it had ESG concerns. European firms Total and CNH Industrials are among those being engaged over human rights issues, according to the report.