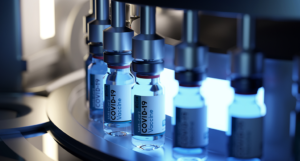 A €3trn investor coalition led by Achmea has called on four Covid-19 vaccine manufacturers to link executive pay to increased availability of vaccines across the globe.

The 65-member coalition, which includes the Universities Superannuation Scheme, Storebrand and BMO Global Asset Management, have written to the Chairs of the Board and Remuneration Committee at Pfizer, Moderna, Johnson & Johnson and AstraZeneca, asking them to link executive pay to the World Health Organisation’s (WHO) vaccine roadmap, which calls for vaccine producers to ensure fair access to vaccines globally.

Under the roadmap, companies are encouraged to prioritise vaccine contracts under the COVAX and AVAT initiatives, established by WHO and the African Union respectively, which aim to ensure equitable access to vaccines for all countries. Companies are also encouraged to provide full transparency on monthly production statistics and deliveries to low-income countries, as well as commit to greater knowledge sharing. The coalition says that these steps should be integrated into executive remuneration “in a meaningful, material, measurable and transparent way”.

The letter hints that the investors may take further action, saying that “the manner and timing in which this is done provides important information that enables shareholders to make informed voting decisions on topics regarding executive remuneration and board appointments”.

The letter follows a previous statement by the investor group in April last year urging pharmaceutical companies to join forces and minimise the spread of the virus. “Vaccines have now been developed but the group of investors has concluded that vaccination rates in less developed countries are still too low and further steps by pharmaceutical companies and governments are needed,” it said in today’s letter.

A spokesperson for AstraZeneca said the company is producing its COVID-19 vaccine for no profit and has distributed most of its supply to low- and middle-income countries. A spokesperson for Johnson & Johnson said "Executive compensation at Johnson & Johnson is designed to promote long-term, sustainable value creation. Global equitable access to our COVID-19 vaccine has been at the forefront of Johnson & Johnson’s COVID-19 response since the beginning of the pandemic". Moderna and Pfizer had not responded to a request for comment at the time of publication.

Today’s investor push on pharmaceutical giants follows the filing of a shareholder proposal by investment heavyweight Legal & General Investment Management (LGIM) at Moderna last month, calling on the US drug maker to disclose how its receipt of government financial support is or will be reflected in the price of Covid-19 vaccines and therapies.

LGIM state in its proposal that Moderna has received more than $2.5bn from the US Government, but unlike Janssen and AstraZeneca has not committed to provide its vaccine on a non-profit basis during the pandemic.

The company is seeking to exclude the proposal from being put to shareholders via the US Securities and Exchange Commission’s (SEC) ‘no-action’ process, the mechanism whereby companies seek assurances from the powerful regulator that it will not act if the resolution is left off the ballot.

In its request, Moderna said that it already plans to publish by 15 February additional information which will address how public financial support is being factored into its pricing, and, therefore, argues that LGIM’s request will be substantially implemented by the time of its annual meeting.