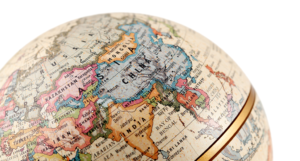 The increasing investor focus on companies operating in Myanmar is extending to state and majority-state owned companies, RI understands, amid signs that investors are increasingly starting to engage on human rights issues with state-owned companies, tackle the issue in their sovereign portfolios and ramp up policy advocacy.

Last year’s military-led violent coup in Myanmar has been met with international outcry and triggered a raft of investor action, including engaging with companies operating in the country, as well as some divestments.

RI has reported extensively on how investors are tackling the issue, for example across the technology, energy, telecoms, and manufacturing and trade sectors.

It has also emerged that firms which are owned or majority-owned by a number of different states are being scrutinised for their activities in the country.

Dutch pension fund PFZW, which runs its money through PGGM, and other Dutch pension giant ABP came under fire from NGO Justice for Myanmar in April last year for their holdings in companies with an alleged “direct or long-term relationship with the Myanmar military or military-controlled businesses”, including Bharat.

The company has been dropped by some – Danish investor Nordea Asset Management decided to divest the company in relation to its Myanmar activities.

The PGGM spokesperson said: “Right now, we will not discuss this case in public nor elaborate on possible next steps that could be taken.”

Bharat Electronics had not responded to RI’s request for comment at the time of publication.

Meanwhile, BMO Global Asset Management told RI it is in dialogue with the Thai state-owned oil and gas company, PTT PCL, as part of its independent engagement with nine firms regarding Myanmar.

PTT PCL had not responded to RI’s request for comment at the time of publication.

Looking to China, Kiran Aziz, Head of Responsible Investments at KLP Asset Management, explained to RI that the Norwegian investor was engaging with several Chinese firms, with varying links to the government, as part of its involvement in the €3trn investor engagement group on Myanmar, initiated by Norway’s Storebrand Asset Management, US-based Domini Impact Investments and advocacy group Heartland Initiative last June.

AVIC could not be reached, and the other two companies had not responded to RI’s request for comment at the time of publication.

Alongside Chinese firms, KLP AM is engaging with the Indian government-owned Oil and Natural Gas Corporation (ONGC).

At the time of publication, ONGC had not responded to RI’s request for comment.

As previously reported, telecoms giant Telenor – whose biggest shareholder is the Norwegian Government – is currently being engaged by KLP Asset Management, Storebrand, and DNB Asset Management.

Earlier this month, RI explored how signs were emerging that investors may increasingly investigate their sovereign portfolios and ramp up policy advocacy.

However, “when engaging with state-owned entities, corporate governance expectations and their implementation differ, especially when we think about independence, over-boarding or tenure times”, she said.

“There is a high reliance on government guidance as sometimes the effect of engagement is evidently slower as issuers point back to government for changes,” she added. “One example is net zero emissions discussions and respective timelines. Our expectations for the timeline would be 2050 or ideally sooner, whereas some countries have set out a 2060 timeline and state-owned entities follow this timeline.”

On the future of engaging state-owned firms and its sovereign portfolios regarding human rights, Roth added: “We are in the process of further structuring our sovereign engagement strategy across all themes. This includes human rights. The latter is corporate or sovereign issuer independent and is one of our focus areas for 2022.”

Echoing Roth, Head of Responsible Investments, Eric Christian Pedersen said the Danish investor does not make an a priori difference between state owned enterprises and private companies when it comes to engagements.  “Having said that, we know that companies where a government has a controlling interest will typically be less sensitive to engagement than freely traded ones, and that can in some cases mean that the engagement strategy needs to be different. One example could be a state-owned utility needing to transition away from coal, where the financing would have to be arranged with the participation of the ministry in charge. In such a case we could – and we have – interacted with the relevant ministry directly, in order to make our views known.”

Looking ahead, he also said he sees Nordea Asset Management engaging more state-owned firms and/or its sovereign portfolios regarding human rights in the future. “We will go where the ESG risks and opportunities lead us,” he added.