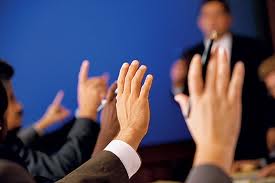 The Securities and Exchange Commission has given the go-ahead for a shareholder proposal on hydraulic fracturing (“fracking”) to be included in the agenda at ExxonMobil’s forthcoming annual general meeting.

The motion is calling on the board to prepare a report on the risks to ExxonMobil’s operations, finances and gas exploration associated with community concerns, known regulatory impacts, moratoriums and public opposition to hydraulic fracturing and related natural gas development.

It had been tabled by As You Sow on behalf of the Park Foundation, faith investors and other groups.

“Based on the information you have presented, it does not appear that ExxonMobil’s public disclosures compare favorably with the guidelines of the proposal,” the SEC said to ExxonMobil in a letter last month. “Accordingly, we do not believe that ExxonMobil may omit the proposal from its proxy materials.”

The company had sought assurance from the SEC that it would not be penalized for omitting the proposal from the proxy, the so-called “no action” letter.“We believe our current disclosure appropriately informs shareholders of the short- and long-term risks associated with hydraulic fracturing while also not overstating such risks,” wrote James Parsons, ExxonMobil’s Coordinator, Corporate Securities & Finance. A similar motion at last year’s AGM gained 28.2% support.

As previously reported, a motion tabled by the New York Common Retirement Fund calling for the company to amend its policies to explicitly prohibit discrimination based on sexual orientation and gender identity is also likely to get on the proxy. A similar motion gained just under 20% support last year.

But the SEC has said that Exxon may omit a proposal from NorthStar Asset Management for it to create a policy on the human right to water. “We note that proposals dealing with substantially the same subject matter were included in ExxonMobil’s proxy materials for meetings held in 2011, 2010 and 2008 and that the 2011 proposal received 6.95%t of the vote,” the SEC said.

The ExxonMobil AGM is scheduled for May 30.