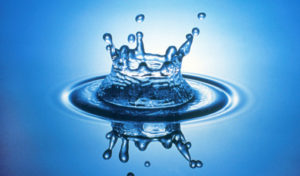 A “Climate Action 100+” for water is under development, as US investor network Ceres prepares to launch a set of investor expectations on water stewardship as part of efforts by investors to tackle the issue – part of a trend towards broadening out environmental stewardship beyond climate change.

It plans to drive corporate action on water-related financial risks, and raise awareness.

As part of this work, Ceres has announced a partnership with the Global Institute for Water Security at the University of Saskatchewan to create a set of investor expectations on water.

Speaking to RI, Kirsten James, Director of Water at Ceres, said: “A really key challenge we’ve seen in investors engaging with companies around water risk is that there is a lack of a clear universal expectation for companies on responsible water use, akin to the 1.5 or 2 degrees target, or alignment with the Paris Agreement.”

Investors and campaign groups have voiced similar frustrations over the development of biodiversity metrics in recent months, as the market seeks to move out from climate change to other environment topics that may present investment risk in coming years and decades.

James said that analysing the scientific impacts of industry practice on water resources, focusing on financial materiality, will help pinpoint systemic challenges for industries and sectors, to create a set of clear and meaningful expectations.

“Ceres has been working on the issue of water risk for over the last decade, to better understand the material risks associated with water scarcity and water pollution. We are really seeing the risks play out every day. We are tracking different companies that have had a stock price decline because of droughts in Argentina or a decline in value due to flooding in the Mississippi River basin,” she said.

“We are equating it [the Task Force] to the initiative Ceres has been working on called Climate Action 100+,” she added, referring to the mammoth shareholder engagement initiative focused on addressing climate risk at the world's dirtiest companies. “We are not there yet with water and there is obviously immense risk, so we are starting the foundational work now. Hopefully then we’ll have a similar effort once we get that underway.”

Ceres is also working with the Government of the Netherlands, who leads the global Valuing Water Initiative.

“This is very timely,” said James. “The scale and scope of the water crisis continues. It is important we really focus on water risk since our entire global economy is really vulnerable to things like drought and floods.”