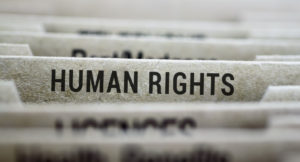 In August, the French National Contact Point (NCP), which was created to promote the OECD’s rules on business and human rights in France, called on the firm to strengthen its due diligence and stakeholder engagement processes to ensure workers rights – including the right to collective bargaining – are respected.

This was in response to a formal grievance lodged with the NCP by domestic and global unions, which accused the CAC40 company of union busting and allegedly allowing unsanitary working conditions at its call centres in April 2020, with one worker describing the conditions of Teleperformance workers in the Philippines as “subhuman”. The complaint also describes problems in Colombia, Portugal, the UK, Greece, India, Albania, the US and Mexico.

Previously, in July 2019, UNI Global Union – one of the filers of the 2020 complaint – put Teleperformance “on notice”, alleging its vigilance plan did not meet the minimum requirements of the French Law on the Duty of Vigilance. In September of that year, the company released a second plan, but UNI told RI their concerns remain and were echoed in the 2020 complaint.

Sabrina Ritossa Fernandez, ESG Specialist at Sycomore Asset Management, explained to RI that the French investor first began a dialogue with Teleperformance in 2019 regarding its vigilance plan. However, when the allegations emerged regarding treatment of workers in the Covid-19 pandemic the investor also began to engage on this.

‘The Ethical fund’s investment criteria are aligned to the UN Global Compact, which Teleperformance was at risk of breaching’’ – Ben Ritchie, Head of European Equities, abrdn

Alongside one-to-one engagement, Sycomore has been working with other investors, including AXA IM, as well as communicating with workers of Teleperformance regarding concerns they have.

Although more progress is needed, Fernandez believes that Teleperformance has been responsive to engagement. "We have their ears,” she said.

She also added that NCP complaints are a useful mechanism for investors as they provide them with a third party who can give objective information and research regarding allegations  – and thus strengthen the case for engagement or eventual exclusion – as well as act as a mediator, and provide recommendations which investors can then suggest to companies.

Moving forward, Sycomore will continue to monitor the implementation of the NCP's recommendations, in particular regarding social bargaining and association.

A representative from AXA IM told RI: “We have engaged with Teleperformance since 2019 on several ESG issues. We started a collaborative engagement in 2020 on human capital topics, social relations and corporate governance.”

“We will continue to engage with the company through a constructive dialogue in the future, ensuring that our concerns are taken into account at Board and Executive levels,” the person added.

Candriam Asset Management confirmed it has worked in partnership with other shareholders to maintain its engagement programme with Teleperformance, and also has ongoing contact with the unions.

“Regular dialogue with the company has resulted in progress with its governance frameworks, however, more improvement must be made on human rights due diligence and social dialogue, as highlighted by the recent OECD NCP statement,” a Candriam spokesperson said. “As a shareholder CANDRIAM will continue to voice its expectations on the type and pace of progress that needs to be made, and will closely monitor progress to ensure that better practices are established.”

All three confirmed that if their assessment of the situation changes or they do not see adequate progress, per their engagement policies, they will consider escalating their actions.

Fellow investors Comgest and T. Rowe Price told RI they were also engaging with Teleperformance and will continue to monitor its progress in implementing the NCP’s recommendations.

One investor has already decided to divest. According to abrdn’s 2020 Annual Review it divested Teleperformance from its ASI Europe ex UK Ethical Equity Fund in January 2021.

Ben Ritchie, Head of European Equities at abrdn, told RI: “The Ethical fund’s investment criteria are aligned to the UN Global Compact, which Teleperformance was at risk of breaching as a result of allegations made by UNI on violation of employee’s rights.”

However, Richie added that Teleperformance is still held in 21 of abrdn’s active funds and is a long-term holding for its “leading position in the omni-channel customer experience market”.

“While we are conscious of the significant social risks posed by high labour churn in this industry we believe these risks to be generally well managed by the company,” he said. “This view has been formed through an extensive active engagement agenda, including a series of written recommendations to the company’s Head of CSR on measures to improve employee wellbeing, retention and productivity.”

UNI Global Union told RI that from today it will be conducting outreach to Teleperformance’s top 100 investors and ask them to continue to push for improvements regarding human rights due diligence. It will support investors to escalate their actions through other stewardship tools – including voting, shareholder resolutions, and ultimately if these do not lead to progress, divestment.

The groups claim its decision to sell its Myanmar operations to Lebanese investor M1 Group went against OECD guidelines.

In response to yesterday’s news, representatives from Storebrand AM and DNB AM told RI that they are continuing to engage with the firm.

Separately, Kamil Zabielski, Head of Sustainable Investments Storebrand AM, added that the $3trn investor coalition it set up earlier this year with US-based Domini Impact Investments, to engage with portfolio companies on their activities in Myanmar, has begun receiving answers from some companies and calls are scheduled to further organise engagements with individual companies among investors, as well as receive updates from experts.

Telenor’s largest shareholder is the Government of Norway, which owns 54% of the company. When approached for comment on the development, the Norwegian Ministry of Trade, Industry and Fisheries reiterated what it previously told RI: “From a corporate governance perspective, Telenor's investment in Myanmar is under the responsibility of the company's Board of Directors and Management. Issues related to the investment and the company's situation in Myanmar should therefore be raised to Telenor.”

A spokesperson for Telenor told RI: “We share the complainants’ concerns about the serious situation in Myanmar, although we disagree with the criticism directed at Telenor in the complaint. We continue to support the NCP with facts and clarifications in the case and have from the outset expressed openness for dialogue with the complainants.”

Telenor is not the only company to be at the receiving end of criticism from civil society regarding its plan to exit Myanmar.

Earlier this month, Publish What You Pay and 245 Myanmar groups lodged a complaint against Australian miner Myanmar Metals at the Australian National Contact Point (AusNCP) under the OECD Guidelines for Multinational Enterprises.

“The complaint comes as Perth-based Myanmar Metals is set to sell its 51% stake in the highly lucrative Bawdwin mine to controversial Myanmar company Win Myint Mo,” the NGO coalition wrote in a statement.

However, on Friday a shareholder vote approved the planned sale.

“Investors in Myanmar Metals should still demand the company undertake proper human rights due diligence and mitigate any risks, ”Clancy Moore, Australian Director of Publish What You Pay, told RI.  "Divesting because of the human rights situation in Myanmar makes sense but divesting irresponsibly is bad for business and bad for communities."

Myanmar Metals had not responded to a request for comment at the time of publication.